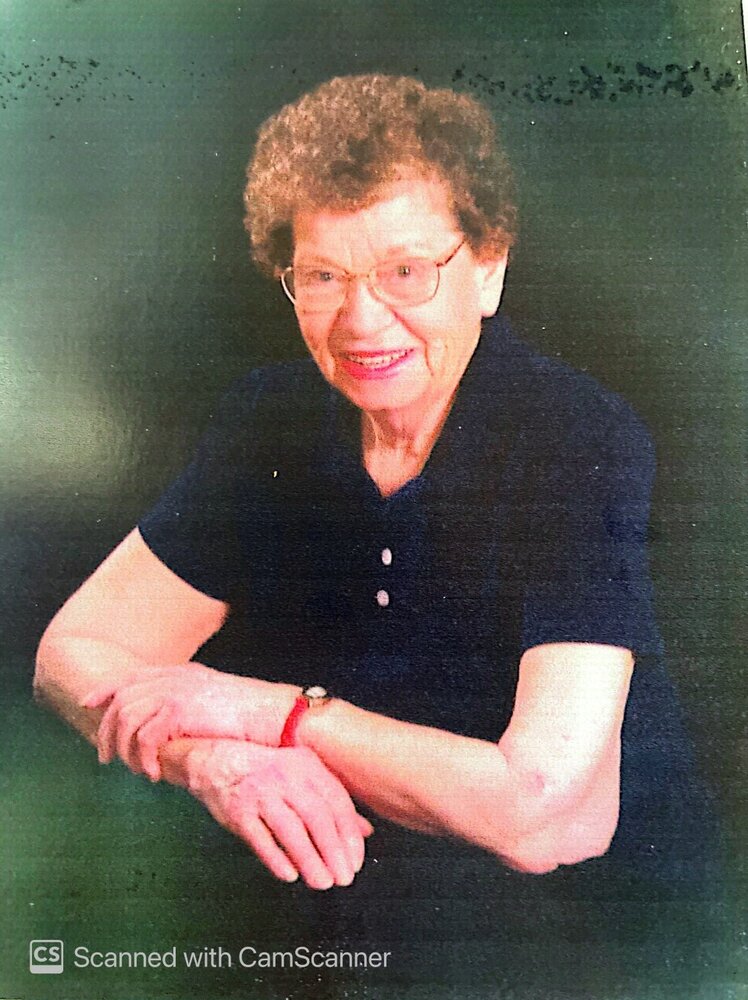 Please share a memory of Barbara to include in a keepsake book for family and friends.
View Tribute Book
Barbara Ann Schneider, 90 passed away peacefully January 9, 2023. She was born on June 16, 1932 in Prosser, Washington were she was raised on a hop farm with one sister and five brothers. After graduation from Prosser High School she married Abie Schneider. They finally settled in Othello in 1960 to raise their two children. They lived east of town on the WSU Research Farm until retirement. Barbara spent most of her working career as a cook in Othello school system, retiring in 1997 as head cook at McFarland Jr. High School after 33 years of service. After retirement they moved to a five ranchette east of town where she worked in her garden, did cross-stitch and crochet. She sold Avon products and was a member in a couple of clubs that did volunteer work. She is survived by her husband of 71 years Abie, son Michael of Reedsport, Oregon and daughter Kathy Andrews of Seattle Washington along with two grandchildren and four great grandchildren. The family would like to thank Coventry House and staff for their loving care of Barbara these last five years.
To plant a beautiful memorial tree in memory of Barbara Schnieder, please visit our Tree Store

Look inside to read what others have shared
Family and friends are coming together online to create a special keepsake. Every memory left on the online obituary will be automatically included in this book.
View Tribute Book
Services for Barbara Schnieder
There are no events scheduled. You can still show your support by planting a tree in memory of Barbara Schnieder.
Plant a tree in memory of Barbara

Share Your Memory of
Barbara
Upload Your Memory View All Memories
Be the first to upload a memory!
Share A Memory
Plant a Tree