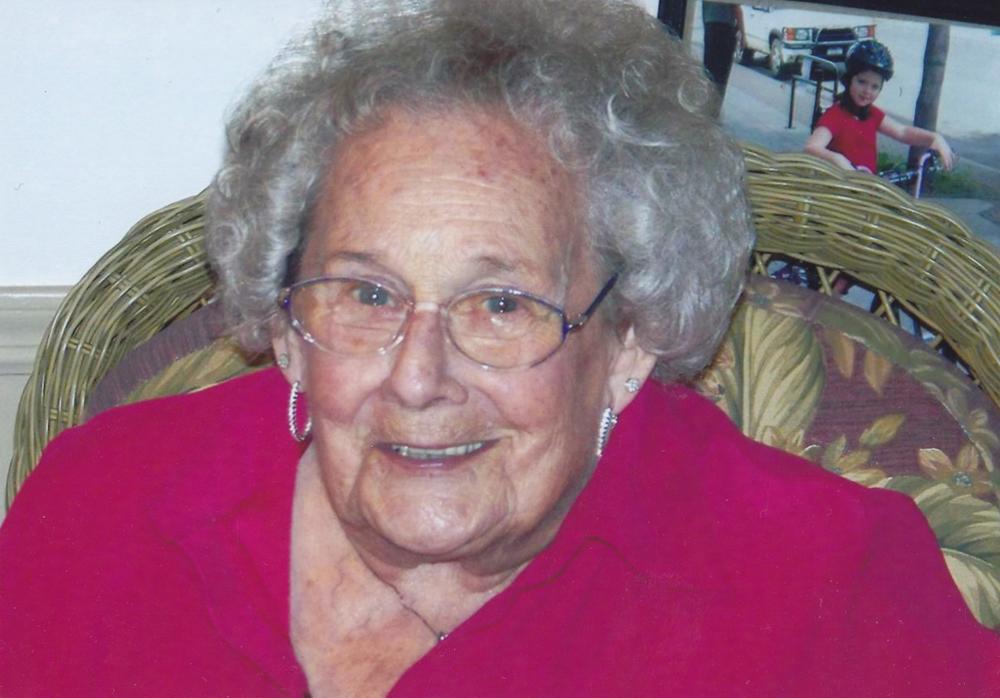 EVELYN ELNER REED MORGAN Loving mother, grandmother, great-grandmother, sister, aunt and friend, she will be missed by all as she touched many hearts. Evelyn Morgan passed away peacefully, surrounded by her family, into the loving arms of her Savior, on Wednesday, April 8, 2015 at Coventry House Assisted Living in Othello, WA. Evelyn was born on March 23, 1930 at Maloney's Grove in North Bend, WA, to Vernon Conant Reed and Violet Sorine Hansen. She was the fourth child and the first girl born into the family which would eventually number seven. Evelyn grew up and attended school in Machias and Snohomish. She attended Snohomish High School. The family had a white horse named Silver and when Evelyn was a young girl she and her older brother Wally delivered newspapers on horseback. She and Wally were known as the kids on the white horse. On September 28, 1946 she married Fred Charles Morgan at Wenatchee, WA. Fred was a decorated WWll naval pilot. They settled on the chicken ranch of Fred's parents in Maltby where they raised their family of four children. Evelyn was a wonderful cook and baker and made the best cinnamon rolls ever. ln the history of fried chicken, Evelyn's ranked near the top. For a short time, she and a girlhood friend had a diner, the Ritz, an old converted railway car, on Highway 2 between Everett and Snohomish. She and Fred made friends with Bill Boersma, who hauled hay from his Eastern Washington farm, and frequently stopped at the diner. They decided they wanted to try farm life in Eastern Washington and in August 1968 they moved to their farm on Highway 17 near Connell. Evelyn worked in the kitchen of Connell High School for a number of years where she made many friends. Evelyn and Fred worked hard on their farm and eventually retired to their home on Sage Hills Golf Course in Warden, where many happy hours were spent and new projects undertaken. A beach house was built at Tierra Del Mar, near Pacific City, Oregon and a cabin on the Chiwawa River north of Leavenworth. They had a new project in the works until Fred's sudden death, on March 4, 2004. Fred and Evelyn traveled extensively throughout the United States, Canada, Alaska, Fiji, Hawaii and Tahiti. They spent many happy times at Fred's naval squadron reunions held in numerous states, from Maine to Hawaii. Evelyn married Gordon Blake Darling on November 29, 2007 in Kennewick, WA. They enjoyed traveling to Mexico, Hawaii and Arizona. They spent six happy years on the Sage Hills Golf Course enjoying the company of their Out of Bounds Lane neighbors, especially Arnie and Carol, and Jim and Susan, until Gordon's death on March 6, 2014. Evelyn was preceded in death by her parents, brothers Lyle, Donald (who was killed in WWll), Wallace and Jerry, her husbands Fred Morgan and Gordon Darling. She is survived by her children, Vaughn (Lolita) Morgan of Plain, WA; Randy Morgan of Richland, WA. Byron (Renee') Morgan of Othello, WA., Marlene (Jim) Jarrett of Richland, WA., and foster son Kevin (Lisa) Waner of Warden, WA. She is also survived by her sister Laverne "Vernie" (Don) Knoepfel of Kennewick, WA. and her brother Jim (Bonnie) Reed of Quincy, WA. Also surviving are 12 grandchildren, 14 great-grandchildren and numerous step grandchildren and great-grandchildren and nieces and nephews. The family would like to thank the staff of Coventry House for all the loving care they provided to Evelyn. The family suggests memorials in Evelyn's name to the charity of your choice. Thanks to Norma Ramos for her care of and friendship with our Mother, as well as to Dr. Faheed Arif for his kindness and Exceptional bedside manner. Services will be held at Stevens Funeral Chapel, 511 S. 7th Ave, Othello on Saturday, April 18th 2015 at 3:00 p.m. A reception will be held immediately following the service at the lronworks Cafe, 335 S. Broadway, Othello. Interment at Bess Hampton Memorial Gardens, Othello, WA. <iframe id="tukios_player_512x330" allowfullscreen="true" allowtransparency="true" frameborder="0" height="330" scrolling="no" src="https://www.tributeslides.com/videos/embedded_video/PH42N7DS5LLMKN29" width="512"></iframe>
To plant a beautiful memorial tree in memory of Evelyn Reed Morgan, please visit our Tree Store

Share Your Memory of
Evelyn
Upload Your Memory View All Memories
Be the first to upload a memory!
Share A Memory
Plant a Tree