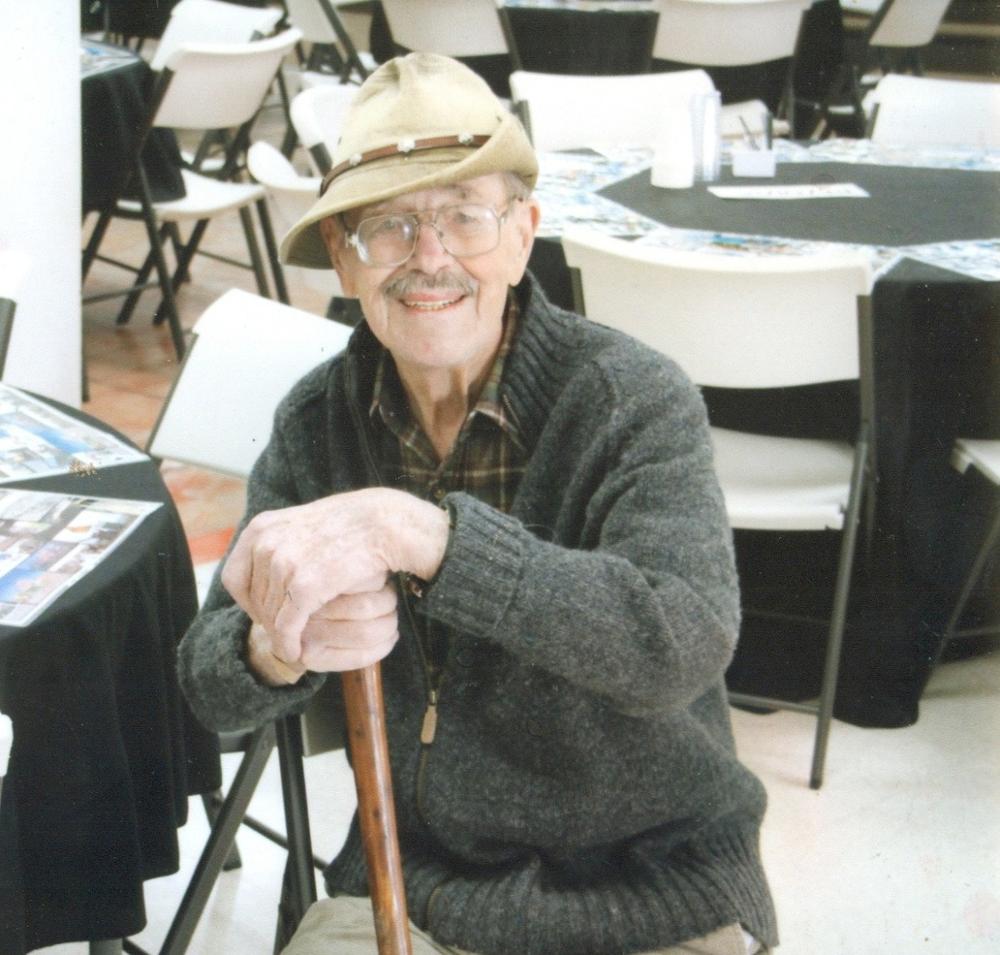 Fredrick David “Fred” Bliss, longtime Othello community leader, passed away from natural causes on November 29th. He was 85. Fred was born on November 22, 1929 in Pocatello, Idaho to Bud and Juanita Bliss. He spent most of his youth in Hermiston, Oregon. His father’s work managing farm labor camps during the 1930s depression and later overseeing and developing low-income housing projects in the 1940s influenced Fred throughout his life. He followed in Bud’s footsteps, working with a small group of Othello civic leaders in securing federal funds and developing Othello’s first low-income housing project in the late 1960s. In recognition of his efforts, Fred was named Othello’s Citizen of the Year in 1969. Fred married Nancy Bliss (Clark) in Moscow, Idaho in 1951 while attending the University of Idaho. He is survived by Nancy and three of their children, Kathryn Bliss (Joel Swink), David (Debby), and John (Maria), and eight grandchildren. Fred’s son Scott Bliss preceded his father in death in 2013. He is also survived by his sister Joan Rupert (Stan) of Vacaville, California. A list of Fred’s survivors would not be complete without including his hunting dog Flyer, the last of the many German Shorthaired Pointers he loved over his lifetime. Fred moved his family from Seattle, where he worked for King County Department of Health, to Othello in 1962 when he accepted a position as manager of the first mosquito control department in Adams County. Concurrent with his work for Adams County, Fred also served as the managing editor of the Columbia Basin Farmer and two terms as Othello’s justice of the peace. Later, he built and owned Othello’s first indoor movie theater and automated car wash. Throughout his life, Fred was well known in Othello for his generosity and support for the community. He and Nancy played instrumental roles in both fundraising and homebuilding for Othello’s Habitat for Humanity. He also served on the boards of the Othello Food Bank and Othello Housing Authority. Fred and Nancy were also involved in the founding of both the Othello Theater Guild and the historic Old Hotel, supporting these organizations behind the scenes, on the stage, and at many fundraising auctions. They were also longtime members of the Othello First Presbyterian Church. Outside of his family, Fred’s greatest passion was bird hunting and running his dogs on the many public hunting areas surrounding Othello. Over the last few years he enjoyed long hunting trips to Montana and South Dakota with his oldest son David. When it was not hunting season, Fred would run his dogs while turning his attention to photography, seeking the perfect picture of his beloved eastern Washington landscape. There will be a memorial service at First Presbyterian Church of Othello on Friday, December 5, 2014 at 1:00 PM. In lieu of flowers, please honor Fred’s memory with a holiday gift to the Othello Food Bank or Habitat for Humanity. Arrangements are under the direction of Stevens Funeral Chapel. <iframe id="tukios_player_512x330" allowfullscreen="true" allowtransparency="true" frameborder="0" height="330" scrolling="no" src="https://www.tributeslides.com/videos/embedded_video/YDDF4Q25WT8Y6TWG" width="512"></iframe>
To plant a tree in memory of Fredrick Bliss, please visit Tribute Store
Services for Fredrick Bliss
There are no events scheduled. You can still show your support by planting a tree in memory of Fredrick Bliss.
Visit the Tribute Store

Share Your Memory of
Fredrick
Upload Your Memory View All Memories
Be the first to upload a memory!
Share A Memory
Plant a Tree