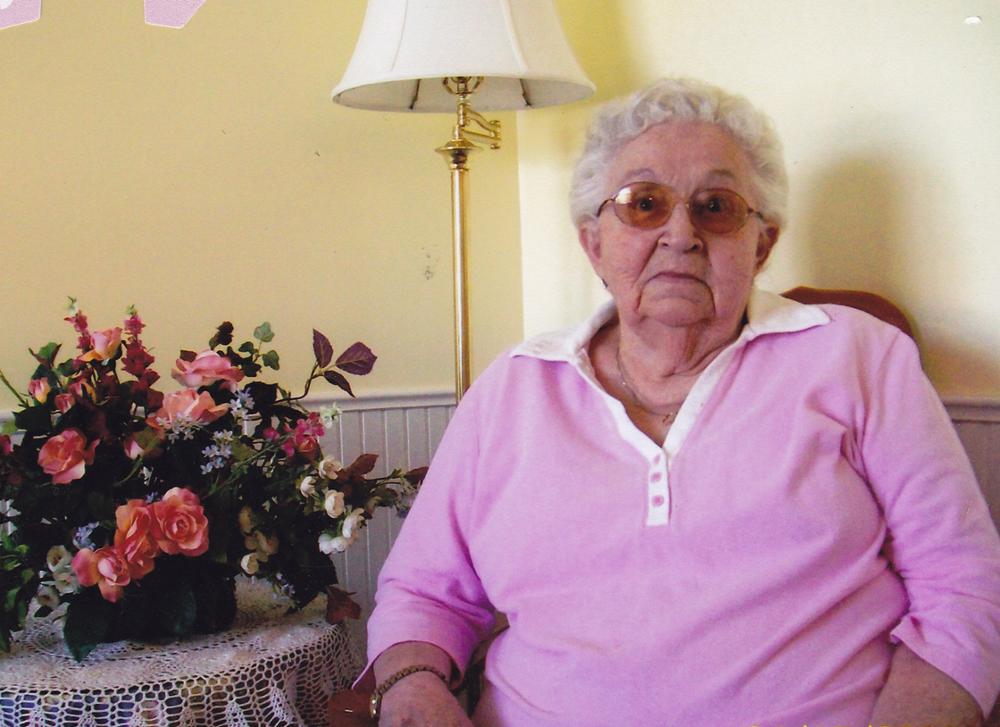 Wanda McCourtie Tacke Our Heavenly Father looked over his kingdom and saw that one of his had grown weary. On November 28th, in the early hours, Wanda surrounded by her family was called home by her Savior. Born January 31st, 1921, to Howard and Jerry (Walker) Lougheed. Wanda was the second of four children. She grew up in a logging camp outside of Olympia, WA, where she graduated from high school and was voted “Most Typical High School Girl.” It was at Olympia High that she met the star of the football team, John McCourtie. From that point on they became inseparable and married on September 27th, 1939, starting a journey that produced many happy times and three children. Upon John’s discharge from the Marines at the end of WWII the family moved to Othello, where they settled and raised their family. Wanda worked as a yard clerk for the Milwaukee Road for many years. Her life centered around her family, as she never missed a sporting event or school function. Her hobbies included dancing and singing with friends, where along with John were the life of the party. In her latter years, she became an avid Bingo player who would look long and hard for her special cards before each game. As life sometimes happens, Wanda and John split up after thirty years. She met and married a nice man named William Tacke. Bill’s two children, Darlene and Gene, became part of her extended family as she helped raise them. Bill passed away in 1996 and Wanda chose to remain alone from that time on. Wanda Mae is survived by her sister Twila Brewer of Olympia, children Larry (Fay Ann) McCourtie, Trudy (Gene) Worsham, and Mike (Mary) McCourtie (all of Othello, WA), twelve grandchildren and numerous great grandchildren. In lieu of flowers or donations, the family would ask each person perform a random act of kindness to a senior citizen or someone in need. Services will be held Friday the 5th at 11:00 am at the 7th street LDS Church.
To plant a tree in memory of Wanda Tacke, please visit Tribute Store
Services for Wanda Tacke
There are no events scheduled. You can still show your support by planting a tree in memory of Wanda Tacke.
Visit the Tribute Store

Share Your Memory of
Wanda
Upload Your Memory View All Memories
Be the first to upload a memory!
Share A Memory
Plant a Tree