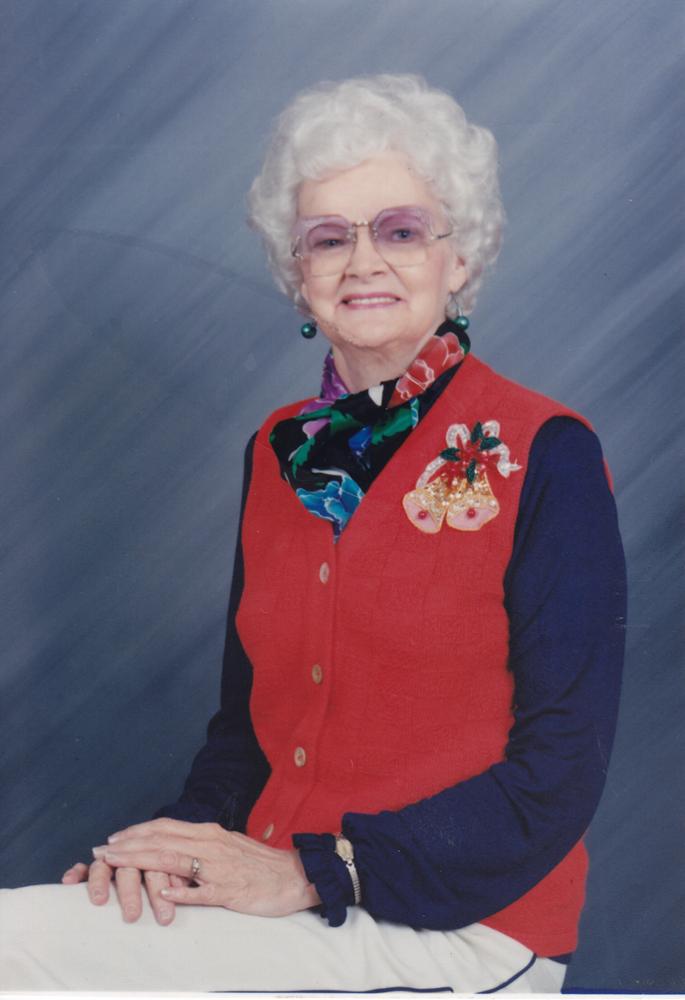 Thelma Irene Willging was born on April 23, 1930 in Ely, Nevada to Lawrence Elgin and Viola Oikle Hill. She was premature and quite small and frail so the doctor told her mother to make a fire in the oven and place Thelma in a box placed on the oven door until she got stronger. Lawrence worked designing bridges and traveled to the work site so the family moved often. They were in Warm River, Idaho for 9 years then in 1941 they moved to Butte, Montana, where a relative offered them his service station to run. During the depression her father was unable to find bridgework so he worked on farms in the area. Her mother worked cleaning houses. At the age of 11 Thelma attended school, helped raise 2 sisters, and ran her uncles "Flying A" service station. In 1944 she met Orvin L. Fadness. Orvin found a ranch for them in Deer Lodge, MT. Thelma left school after the 8th grade to help raise her 4 siblings. On January 17, 1947 Thelma and Orvin married. Together they ranched moving 7 times in 14 years. They had three children Lorna Ann, Lynn, and Leanna. In 1955 Thelma and Orvin's union ended. Thelma moved to Spokane to live with her grandparents. She went to work as a caregiver, and raised her children. In December of 1955 she attended a dance at the "Valley Ho" dance hall. She danced with a man by the name of Rudy Willging, they married on June 20, 1956 in Spokane. They had two sons Larry Rudy and Lloyd John. Rudy took a job at the Missile Base in Moses Lake in 1962 and the family bought a cattle ranch in Othello. In 1968 Thelma and Rudy joined the Adams county Sheriff’s Posse where they assisted the Sheriff’s Department on many occasions. Thelma worked as a cook in the Othello School District and at the Othello Hospital. She then worked as a dietician for Beverly Care Center (now Avalon). She attended night school and achieved her GED, and then she attended Big Bend Community College and in l99l earned her Literacy Tutor certificate and became a volunteer Literacy Tutor, teaching Spanish student to read and write English. Thelma enjoyed teaching and continued until Rudy retired in 1995. The two enjoyed traveling, wintering in Havasu, Arizona. Leaving in November and returning in April. They continued to raise cattle until they moved into town in2004. During Thelma's life she drove truck, drove tractor, rounded up cattle on horseback, milked cows, and raised 6 brothers and sisters. She is a lifetime member of the Adams County Sheriff Posse, A lifetime member of the Othello Eagles Aerie, a lifetime member of the VFW Women's Auxiliary, past member and president of the Buddy Andrews Children's Orthopedic guild, and a member of the Pilgrim Lutheran Church. Thelma loved to crochet and has created baby blankets for each of her grand and great-grandchildren. She enjoys playing cards especially Pinochle and started a Pinochle club at the Coventry House. She was an avid horse rider and has fond memories of riding "Stormy" as a young girl. Thelma is preceded in death by her parents, her brothers and sisters, her daughter Leanna and her beloved Rudy. She is survived by her children.' Lorna and Cruser (Harlan) of Kelso, WA/Lynn Fadness of San Diego, CA, Larry Rudy Willging (Elizabeth) of Spokane, WA. and Lloyd John Willging (Gail) of Willsonville, OR, 9 grandchildren, I step grandchild and 13 great grandchildren. Funeral arrangements will be held at 11:00 am, May 15, 2015, at the Pilgrim Lutheran Church in Othello Washington. <iframe id="tukios_player_512x330" allowfullscreen="true" allowtransparency="true" frameborder="0" height="330" scrolling="no" src="https://www.tributeslides.com/videos/embedded_video/KRLZHBXPGK44QQML" width="512"></iframe>
To plant a beautiful memorial tree in memory of Thelma Willging, please visit our Tree Store
Friday
15
May

Share Your Memory of
Thelma
Upload Your Memory View All Memories
Be the first to upload a memory!
Share A Memory
Plant a Tree