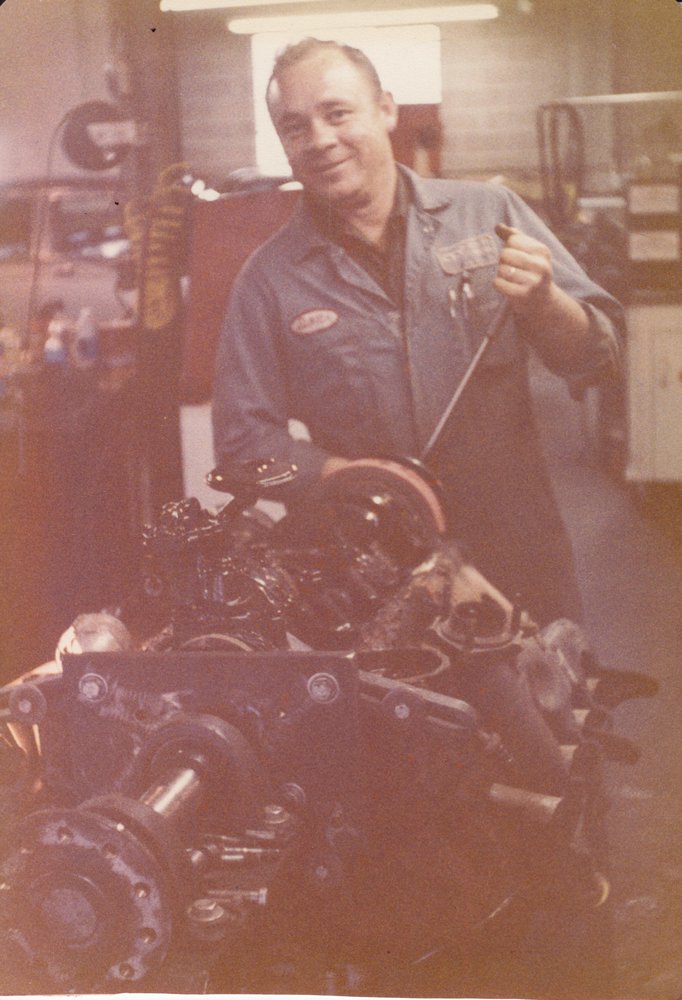 Don Wilhelm, age 76, of Othello, Washington, passed away October 29, 2017. Don was born in Scottsbluff, Nebraska on December 21, 1940 to Henry and Lydia Wilhelm. He spent his childhood in Nebraska and Wyoming. It was in Torrington, Wyoming that Don married his wife of 57 years, Marlene Jean Brooks, on October 2, 1960. He worked as a mechanic for Calhoun’s Garage until 1967. In April of that year, Don and Marlene moved to Othello, Washington to be closer to family. Don worked as an auto mechanic at Othello Ford for 27 years, and also drove the tow truck for 20 of those years. While driving the tow truck for Othello Ford, he developed several long lasting friendships within the law enforcement community.
After Othello Ford closed its doors, Don continued his career as a mechanic for Dewey’s Auto Repair. In 2001 he went to work with his best friend, Mike Schrom, at Transmission Rebuilders. He continued to work for Mike until he retired and then changed professions to a full time bicycle mechanic for his granddaughters. He loved spending time with his family, watching the kids play, watching old westerns and listening to classic country music. He enjoyed talking about his adventures hunting, fishing and farming in Wyoming and Nebraska. Don was a kind and caring husband, father, brother and friend who will be dearly missed.
Don is survived by his wife, Marlene Wilhelm, and his sister Jeanie Reichert,  his sons James Wilhelm of Warden, Jeff (Lisa) Wilhelm of Othello, and daughter Debbie Wilhelm Ruppert of Othello. He has five grandchildren, Zach(Jackie) Wilhelm, Maranda Wilhelm(Alex Castro), Lydia Ruppert, Julie Ruppert, Kaitlyn Ruppert and 3 great grandchildren Aaliyah, Ethan, and Sidney Lyn Wilhelm, as well as many nieces and nephews. He is preceded in death by his parents, Henry and Lydia Wilhelm and his sister, Darlene Ehrlich.
Memorial services will be held at 1:00 pm, Saturday, November 11, 2017 at Stevens Funeral Chapel. To leave an online condolence to the Wilhelm family, please visit our website at www.stevensfc.com.

Share Your Memory of
Don
Upload Your Memory View All Memories
Be the first to upload a memory!
Share A Memory
Plant a Tree