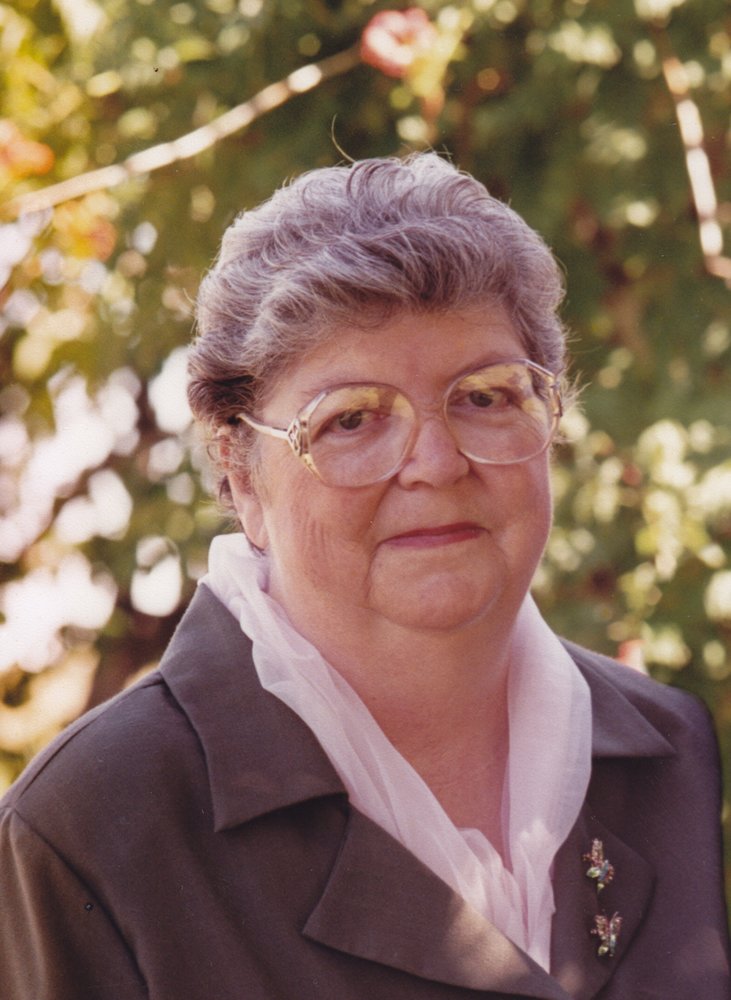 Faelela Jean Hendricks Mitchell was the first born of Milo and Malinda Randall Hendricks.  She joined them on August 16, 1930.  She was later joined by a brother, Milo Calvin, and a sister, Gayle.  She enjoyed a happy childhood.  Her parents divorced when she was seven years old.  Her mother later married Arthur Watkins, who was a widower with five children, Mary, Don, Marlene, Juanita and David. This made a combined family with eight children and what fun they had!  Faelela married Alfred Val Mitchell on August 25, 1950 in the Logan, Utah temple.  Her family and her love of the gospel were the joys of her life.

Val and Fae moved to Othello in 1959 and experienced the joys and hardships of bringing the desert into production.  They, and five of their seven children, lived in a 22 x 8-foot trailer until they hauled two old barracks from the Ephrata air base onto their land and built a home.

As the children left home, Fae decided to pursue a lifelong dream.  She began selling books, since she loved to read, and she began painting.  She opened “Fae’s Books and Crafts” in Othello and later in Moses Lake.  Her efforts were the means of employing her children and many of her grandchildren.  She and Val always had a float in the Othello parades throughout the eighties.  She served on the committee for “Art in the Park” and was also involved with a tourism committee and a committee for the original gazebo in Pioneer Park.  In 1991 the “Spirit of Christmas” award was presented to Fae’s Books and Crafts.  Many will remember her upside-down Christmas tree in the middle of the store with all the trees and ideas for decorating that she displayed every year.  Fae spear-headed a committee to decorate the Othello streets for the holidays.  Val cut out the candy canes and stockings and people throughout Othello donated money or came to the store to paint the ornaments.  The streets of Othello were decorated by a group effort that many in Othello treasured for years.  In 1994, Faelela was honored as “Citizen of the year” in Othello.  She also enjoyed being a member of the “Daughters of the Utah Pioneers.”

Fae and Val have seven children and now have 131 descendants.  She was active in the Church of Jesus Christ of Latter-day Saints and served in all the different organizations.  She was known for her diligence and dependability.  Her testimony and love of others were a real strength to all who knew her.  In her later years, she served a church service mission at the employment center in Moses Lake with Val. They also served as temple ordinance workers at three different temples.

Heaven greeted her with open arms on February 8, 2018.  Her memory will live in our hearts forever!

Share Your Memory of
Faelela
Upload Your Memory View All Memories
Be the first to upload a memory!
Share A Memory
Plant a Tree