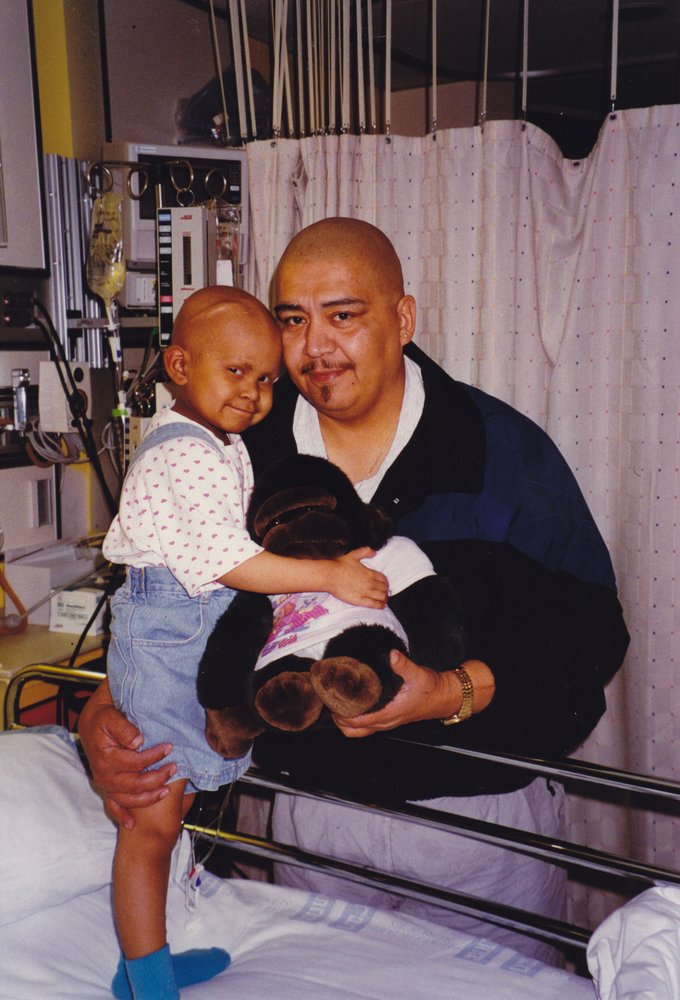 Jose “Joe” Angel Ortiz of Yakima, WA expired on Feb 27 at The Cottage in the Meadow.

Joe was born in Toppenish WA on July 22, 1957 to Roque & Refugia Chavez Ortiz.  Joe was the 3rd from the oldest of 10 children.  Ortiz family established most of their lives in Othello WA. This is where home of the heart was to Joe.  He grew up and graduated from Othello High class of ’75. With Joes big heart made many many friends.  After graduation he had briefly lived in Tri-Cities.  At that time he was diagnosed with renal failure.  He dialyzed both Tri-Cities then relocated to Kirkland.  His dialysis treatments was by Northwest Kidney Foundation.  This was the year 1988/89.  Joe got to dialyze next to Ken Easley (Strong Safety for the Seahawks).  On Oct 06, 1989 Joe received a kidney and scholarship from NKF.  Joe attended Lake Washington Voc-Tech in Business Computers.  He received a AA degree and certificate.  He was an Excel master.  Before he got to graduate from LWVT he had a job offer from Washington State Dept. of Ecology (23yrs).  During that time he met Monique Cisneroz summer of 1990.  Then on May 15, 1992, Demetria Monet Cisneroz Ortiz was born.  This bright lil girl made us such proud parents.  The July of ’92, Demetria had to start chemo & radiation for retinablostoma.  She had numerous surgeries that made a strong trooper and resilient.  Her endurance from medical procedures, I think helped Joe with his.  If she was able to get through it, he was too.  Joe tried to be positive and applied humor to anything done to him medically.  Joe was very instructional on HOW to, if that wasn’t met, you were told.  Sept 05th 1996, our lives went to a dark and gloomy time.  Demetrias cancer came back with a vengeance.  She had expired on Sept 22nd 1996.  Our lives were shattered, very numb to carry on.  Feb ’97 Joe had to been diagnosed with renal failure again and had to start hemodialysis.  Joe tried all options of dialysis to keep living freely. Still worked full-time and maintained a decent health.  Then one weekend at Pikes Place market Joe’s foot was ran over by a motorized wheelchair.  All his bones were shattered.   The Drs. reconstructed his foot with 4 pins.  Didn’t last long, it collapsed.  A few months later Joe had his left leg amputated.  It was a long and challenging time, because of diabetes it healed very slow. It was very devastating to accept this, but thought of Deme’s strength.  Because Joe was a die-hard Dallas Cowboys fan, he had his prosthesis made with Dallas Cowboys laminated on there.  Oh yeah, he heard ALL comments about it.  About 5yrs after losing his leg, he started losing his balance and some functions of his fingers.  He had developed stenosis in his neck and lower back. This was narrowing progressively to where he couldn’t bear weight or stand.  About’09 Joe still tried to work full-time, but decided to retire.  Since retirement Joe had numerous poker games (SPP) in the garage at the house til wee hours of the morning.  Joe loved any style of poker, cribbage, and trivial pursuit.  He was a master at trivial and history. Anytime you were stumped on a question, ask Joe.  Joe knew what to say or gesture to make anybody laugh.  Especially when it was not politically correct, which was often.  That was just Joe.  Either you would get his humor or not.  Growing up in Othello, Joe made numerous friends that were adopted extended family. Joe tried to keep in touch but a lot of times lost touch, but always picked up where it left off.  Joe is survived by Monique Cisneroz (27yrs). Sister Janie of California. Sister Rosa of Othello. Brother Mick of Yakima. Sister Sally of Texas. Brother Leonard of Spokane. Sister Delia of Toppenish.  And numerous nieces and nephews.

Joe and I would like to thank The Cottage in the Meadow for making it an easier road traveled.

And a special thank you to extended family at DaVita Dialysis Center for your 20yrs of kindness.

Share Your Memory of
Jose "Joe"
Upload Your Memory View All Memories
Be the first to upload a memory!
Share A Memory
Plant a Tree