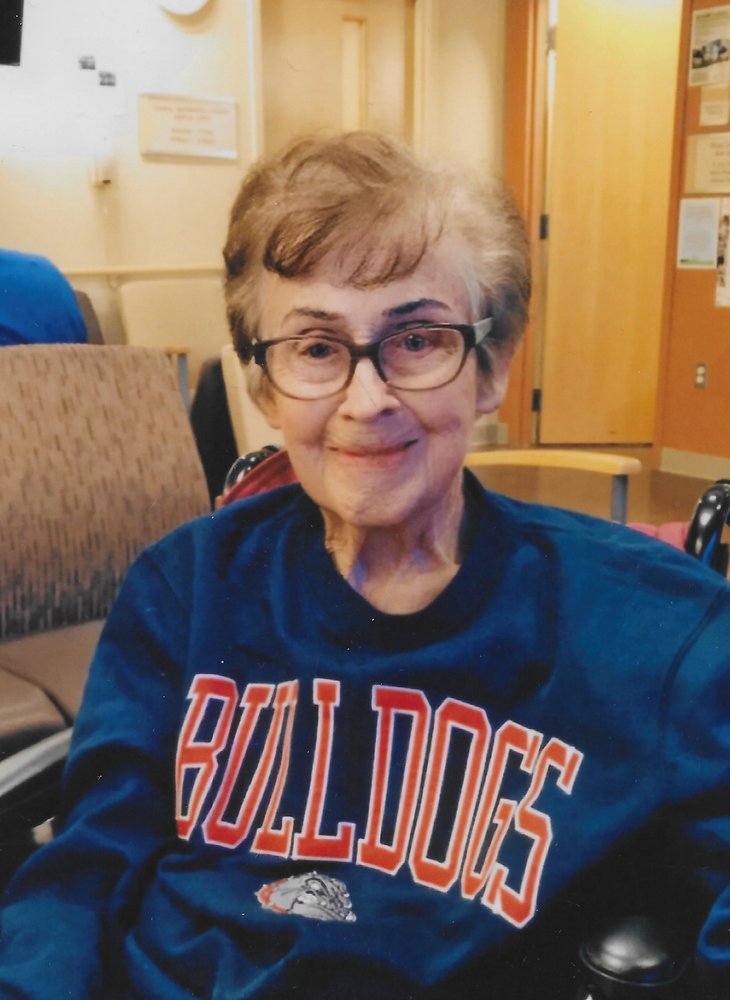 Ovella Mae Yurian passed away on June 8th, 2019 peacefully at home surrounded by her family.

She was born the youngest of 8 children on May 25th, 1932 in Flora Illinois. Not long after her family relocated to the city of Buena Washington. She attended and graduated from Toppenish High School In 1950. Toppenish is also where she met the love her life Kenneth Yurian, they were married on November 18,1949. Ovella was very passionate about finishing out her schooling career and attended WSU where she graduated from in 1954.

Ovella and Ken lived in many places while welcoming four children along the way Mike, Rick, Doug and Cathy.

In 1983 they made their home Othello, where they raised black angus cows on their farm. They never once ate their own cows, as granny would say ‘They raised the cows to feed other families not her own”. She loved being in her yard and garden from sun up to sun down making it look immaculate year after year. The red rose bushes were her favorite flower to see in her yard. Many memories were made on the farm with the grandchildren and great grandchildren, whether it was helping in the pastures or helping in the yard, she always loved having them around.

Ovella was employed for the Washington State Unemployment Office, she retired in 1994 after 25 years of service. Ovella love to help people out and this job was perfect for her to do so. She will be remembered for her selflessness, strength, her big heart and long stories that she shared many times with family and friends. She was always willing to help anyone even a stranger on the street, she always saw the good in people no matter what. Ovella was a huge fan of the Gonzaga Basketball team, she never missed a game on TV, Perkins and Tilley were her favorite players!

She was preceded in death by her husband Kenneth of whom she was married to for 61 years. Her son Michael Yurian, her mother Lula (Padgett Kneft) Neftzinger, her father Roy Mitchell, 5 brothers Roy Mitchell Jr, Walter Kneff, Bill Kneff, Charles(chuck) Kneff, James Kneff, 2 sisters, Ruth Thompson and Mary Deak and one daughter in law Jackie Yurian.

A small service will be held at Stevens Funeral Chapel In Othello on Thursday June 13th, 2019 at 1:00pm.

Share Your Memory of
Ovella
Upload Your Memory View All Memories
Be the first to upload a memory!
Share A Memory
Plant a Tree