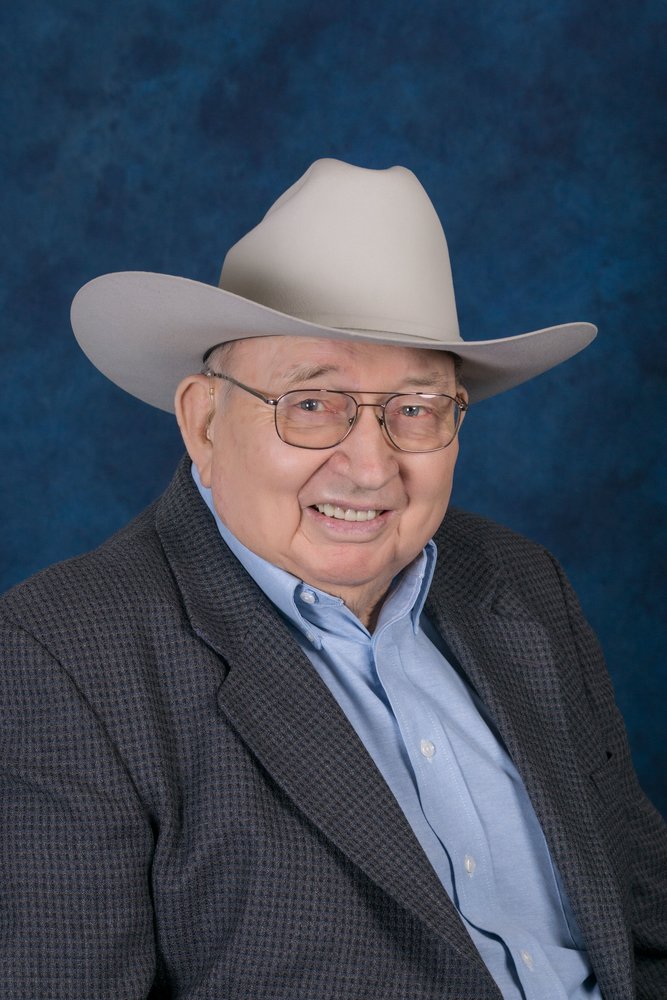 William T. (Bill) Bennett of Connell, WA passed on to the great cattle ranch in the sky on Monday October 21, 2019 at the age of 91, he was one of the greatest cattlemen of all time.  Bill was born November 28, 1927 at their family ranch outside of Winona, WA the first son of John W. and Marie (Gribbin) Bennett.  Bill was very active on the ranch at a very early age along with his brothers; Jack, Doug and Don.  Bill graduated from Winona High School in 1945. Bill went on to Washington State University for two years studying Animal Science before returning to the ranch.

Bill first started showing cattle at the Spokane Livestock Show at 9 years old. His first major show string was in 1948, they left Winona in a boxcar to the Pacific International in Portland, Oregon then on to the Cow Palace, then to Golden Spike in Ogden, Utah and they finished in Chicago. Bill, his bother Jack, and friend Don Jordan took 15 head with their nurse cows. They had Grand Champion Shorthorn heifer at every show. Their polled Shorthorn herd was started in 1925 by Bills father JW Bennett.

In 1957 Bill, Norma and their 4 kids sold their Shorthorn cows and moved to Washington State University where Bill was the Beef Cattle Herdsman.

They left WSU in  1963 to move to Connell and  work for TT Herefords, owned and operated by Harold Thompson. Harold sold out to Bill and Norma in 1969 and Bill and Norma along with their children started BB Cattle Co.

He was on the Franklin County Planning Commission in the 80's and  90's.

BB Cattle Co showed at the National Western from 1975 to 1996. He had Champion Carload in 1986 and 1996 and numerous reserves. They also had Champion Hereford bull in 1988. In 1988 he was honored by the Beef Improvement Federation as Seedstock Producer of the Year.  In 2017 Bill was inducted into the Mid-Columbia Ag Hall of Fame with the Pioneer Award.

The whole family has shown under the BB brand which is an upside down T on the left shoulder. BB stands for Bill Bennett better beef. The upside down T was passed on to Bill by old time brand inspector Sandy Collins who told Bill to use it and never let it go. One of Bill’s favorite past times was sitting at ring side watching his grandchildren and great grandchildren show cattle.

Bill is survived by his wife Norma; his children Tom (Peggy) Bennett, Pam (Don) Pierson, Gayle (Ken) Smith, Joe (Merrilie) Bennett; his brothers Doug (Gladys) Bennett, Don (Phyllis) Bennett and sister-in-law Donna Bennett; 12 grandchildren; 19 great-grandchildren and many other grandchildren because he was known as grandpa to so many. He was preceded in death by his parents J.W. and Marie Bennett and brother Jack Bennett.

Bill will be laid to rest in a graveside service for the family, with a  Celebration of Life on November 2, 2019 beginning at noon at the Connell Community Center for everyone that wants to come remember this great man and his legacy.

Share Your Memory of
William
Upload Your Memory View All Memories
Be the first to upload a memory!
Share A Memory
Plant a Tree