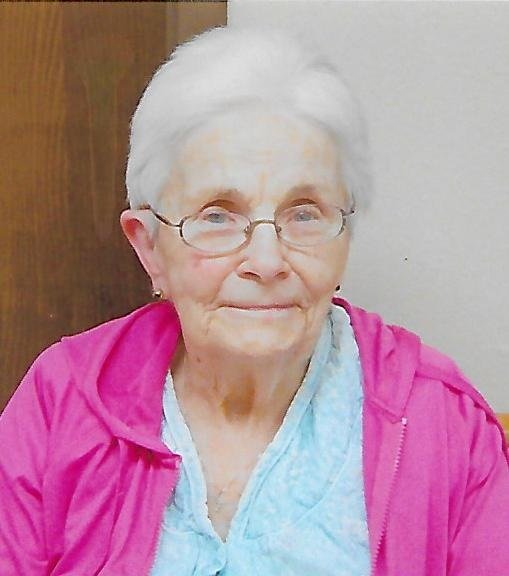 Verajean S. Trussell (VJ), age 91, passed away Saturday December 07, 2019 in Othello, Washington after a long illness. She was born May 7, 1928 in Los Angeles, California to Louis Eugene and Vera Ines Sweeney. She was raised and went to school in Los Angeles, Michigan, and Portland Oregon. She married Clyde J. Trussell in April 1951. VJ lived most of her adult life in Portland, moved on to Oakville, Washington and in 1983 settled in Othello to raise cattle with her husband. Much of her life was spent being a homemaker and mother. She also spent time working as a secretary, full time ranch hand, and Walmart employee. She was a member of the First Baptist Church. She volunteered for the church, the League of Women Voters, and belonged to the Washington Cattlewoman’s Association. She will be most remembered for her love of flowers, love of fishing, her abilities as a cook, and her love of lifelong learning. She earned her GED at 45 and attended college classes with her children and grandchildren in her 60’s. She loved how-to books. One time during a move over 100 how-to books were found in her possession. She possessed a dry sense of humor and was a master of the one-line comeback. She also loved a good debate. It was once said she would argue with a fence post. She was very proud of her Irish heritage and didn’t hesitate to let people know. She will also be remembered for her kindness and generosity to other people, and her willingness to help when others were in need. She leaves behind many great memories of a life well lived for us to remember and cherish. She will be greatly missed. She was preceded in death by her parents and husband Clyde Trussell, as well as siblings Marjorie Louise Sweeney, Richard Randall Sweeney, Robert Neal Sweeney, Lawrence Goodell Sweeney, Louis Eugene Sweeney, Gerald Lee Sweeney, Ralph Edward Sweeney, and Donn Dee Sweeney. She is survived by daughters Kathleen Trussell (Richard), Othello Washington, Gail Genzel (Greg) Oakville, Washington, and son Joseph Trussell (Renee) Portland, Oregon. She is also survived by Grandchildren Colleen Guerrero, Jolen Moore, Gunner Genzel and Nikki Pfeil, great grandchildren Jacob Rushing, McKenzie and Robbie Guerrero and numerous nieces and nephews. Funeral services will be held Friday December 20, 2019 at 2:00 PM at Stevens Funeral Chapel in Othello, WA with burial to follow at Bess Hampton Memorial Gardens in Othello.
To plant a beautiful memorial tree in memory of Verajean Trussell, please visit our Tree Store
Friday
20
December

Share Your Memory of
Verajean
Upload Your Memory View All Memories
Be the first to upload a memory!
Share A Memory
Plant a Tree