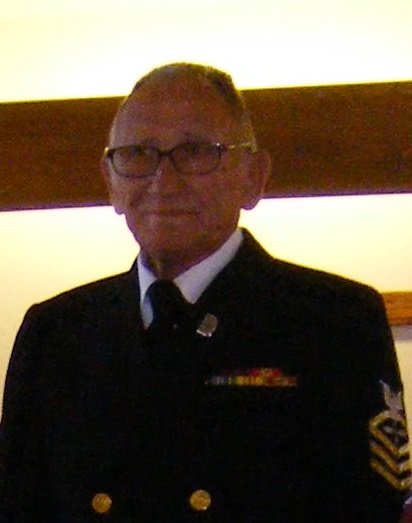 Herbert E Ward “herb”, 83, a Othello resident passed away, Saturday, December 21, 2019 At Lakeview Home Care, Moses Lake. Herb was born in Ontario, OR May 23, 1936. He was raised and educated in Oregon and Nevada. He joined the Navy at 17 and retired from the Navy in 1977. He worked different jobs (as aircraft mechanic or whatever he could find) in Oregon, Nevada, and Washington. He retired from Big Bend Community college in 2001 where he worked as an airplane mechanic for their flight program. Herb loved his toys. Mainly motorcycles, but he loved snowmobiling and the 4-wheelers. Herb was a member of the UMCI motorcycle club, American Legion Riders, and the Patriot Guard Riders. He is survived by his wife, Janet Ward, daughter Dawn Scott, step-son Robert Rogers, five grandchildren, and six great grandchildren. He was preceded in death by his parents, one brother, one sister, step-daughter, and one great-granddaughter. Visitation will be Friday December 27, 2019 at Stevens Funeral Chapel in Othello from 11:00 AM to 1:00 PM with Funeral Services starting at 1:00 PM. Burial will be at Omak Memorial Cemetery on Saturday December 28, 2019 at 1:00 PM with Military Honors. In lieu of flowers, memorials are suggested to American Alzheimer’s Association or Fred Hutchison Cancer Research. Condolences may be left at www.stevensfc.com
To plant a beautiful memorial tree in memory of Herbert Ward, please visit our Tree Store
Friday
27
December

Share Your Memory of
Herbert
Upload Your Memory View All Memories
Be the first to upload a memory!
Share A Memory
Plant a Tree