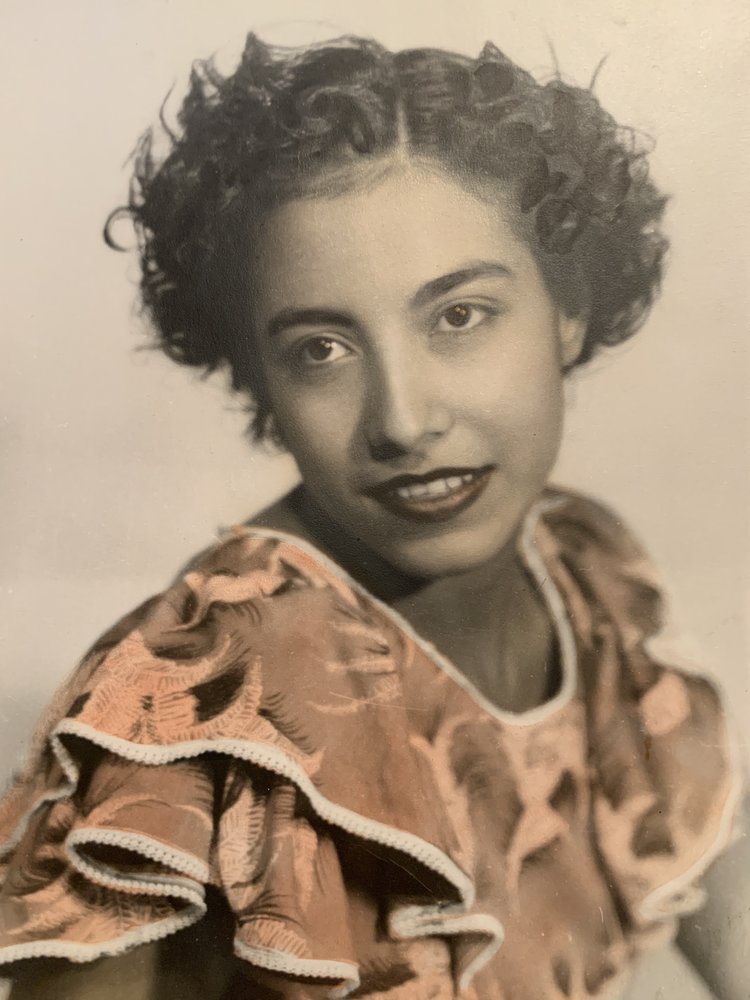 Guadalupe Marquez Veloz (Doña Lupita) passed away peacefully surrounded by her family on Tuesday January 7th, 2020 in Pasco WA. Doña Lupita was born March 9th, 1926 to Jose Maria Veloz and Guadalupe Marquez in Paso de Cuarenta, Jalisco Mexico. In 1971, she moved to Othello Washington where she started working at Chef-Reddy. After Chef-Reddy went on strike, Doña Lupita went to work for Simplot. Later, she became the President of the Latin Senior Center and had an amazing opportunity to be a member of the CBHA Clinic Board of Othello. Praying was a huge part of her life. She was a member at the Sacred Heart Catholic Church. She enjoyed attending mass every Sunday and volunteering her time in church events. She also loved to garden, clean and cook. Her family was her pride and joy. She was a beautiful person inside and out. She always welcomed people with open arms. She touched many lives with her smile and loving ways. She will be sorely missed by all who knew Doña Lupita. She was survived by her children: Richard(Sheila) Marquez of Imperial CA, Irma(Ruben) Riojas of Pasco WA, Hector(Karo) Lopez of Othello WA and her siblings: Jose Maria(Victoria) Veloz of Yuma AZ, Andres Veloz of San Luis AZ and her sister in law Maria Veloz of Yuma AZ. Doña Lupita also survived by her grandchildren: Adela, Ruben Jr, Katlyn, Vanessa, Kristy, Josh, Olivia and Rueben and also 15 great grandchildren. Funeral Service will be held on Friday, January 17th, 2020 at the Othello Sacred Heart Catholic Church at 11:00am. The Viewing will be held at Stevens Funeral Chapel on Thursday, January 16th at 4:00pm followed by the Holy Rosary at 6:00pm.
To send flowers to the family or plant a tree in memory of Guadalupe Veloz, please visit Tribute Store
Thursday
16
January

Share Your Memory of
Guadalupe
Upload Your Memory View All Memories
Be the first to upload a memory!
Share A Memory
Send Flowers