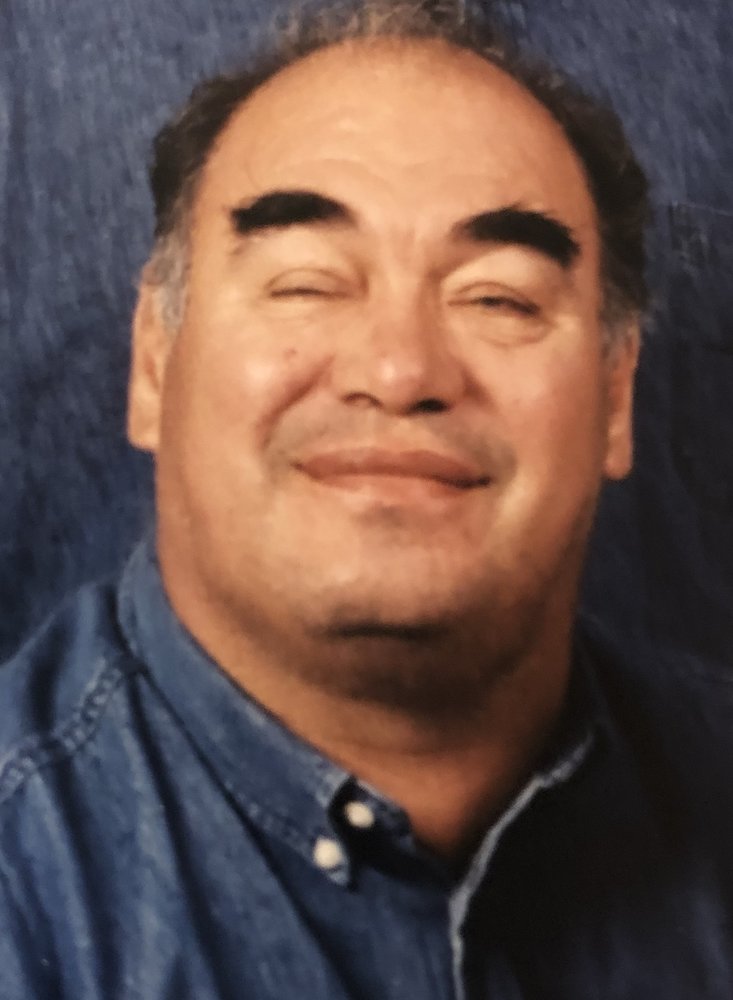 Armando Lopez Ruiz, passed away on February 13, 2020 at Coventry House Assisted Living. He was born on August 27, 1945 in Forsyth, Montana, to Benito and Rafaela Ruiz. He was the 5th of six children. Mando attended elementary school in Sunnyside, WA through the 6th grade, then the family moved to Othello, following the agricultural work. After working in the fields, he eventually got a job at one of the local mint processing plants. He then went to work as a forklift operator at what was Carnation (then Nestle, then Simplot) and moved across the street to McCain’s in 1995. He continued to work until he was forced to retire, due to losing his eyesight in 1998. On February 27, 1972, he married the love of his life and soulmate, Darlene Willis, at Pilgrim Lutheran Church in Othello. He welcomed his daughter, Amanda, in July of 1977, and his son Brian, in August 1981. Mando was a catcher for the local men’s softball team, and avid bowler, spending his Tuesday nights perfecting his left hook, and loved to play horseshoes, especially when camping. There were two things that you could be guaranteed to find him doing. In the summer, you could find him at the local swimming pool with lines of kids waiting to get thrown and dunked. He was the best at it!! In the fall, you could find him under (or sometimes even in) the walnut tree in the backyard, collecting the nuts and getting them prepped and ready to eat or give away to friends and family. We never ran out of walnuts! Family was the most important thing to him, no matter what. He always made sure that everyone was taken care of, including his numerous “adopted kids”. His biggest highlight was becoming a grandfather, spoiling his grandkids to no end. They learned quickly that if mom and dad said no, grandpa would say yes, no questions asked! Armando is preceded in death by his wife Darlene, brothers Narcisso and Hector, his parents Benito and Rafaela, and his parents-in-law Bill and Eris Willis. He is survived by his daughter Amanda Moore (Bruce) of Othello, son Brian Ruiz of Phoenix, AZ, grandchildren Ella and Ryan, sister and brother-in-law Patricia and Spencer Royer, brother and sister-in-law Arnold and Sharon Willis of Soap Lake, WA, nephews Glenn Royer of Pasco, WA, Scott Royer of Preston, ID, Randy Royer of Pendleton, OR Tom Willis of Moses Lake, WA, Bill Willis of Soap Lake, WAand nieces Cindy Royer of Spokane, WA, Nancy Erickson of Idaho Falls, ID, and Sharlene Keranen of Spokane, WA, as well as many “adopted” kids throughout the years.
To plant a beautiful memorial tree in memory of Armando Ruiz, please visit our Tree Store
Friday
21
February

Share Your Memory of
Armando
Upload Your Memory View All Memories
Be the first to upload a memory!
Share A Memory
Plant a Tree