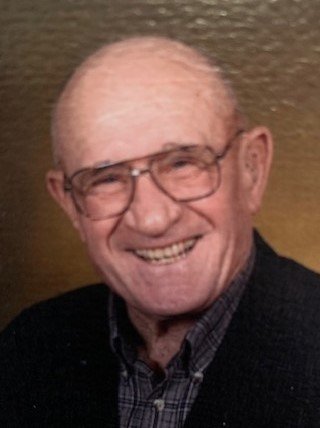 With great sadness the family of William Paul Barker announce his passing on December 13, 2020 in Othello, Washington. Having just celebrated his 88th birthday, Paul was a loving husband to Joeleen Barker, father of five children and two stepchildren, and a prominent farmer in the Othello and Mattawa area. Paul was born in Buhl, Idaho on December 3, 1932 to Frank and Elsie (Moore) Barker. He was the oldest of three sons and was blessed to have had a close relationship with his two brothers, Jim and Roger. After high school in Hanson, Idaho, Paul began his career as a farmer forming the partnership A&B Farms and moving to Montello, NV. Hearing about great opportunities for farmers in the Columbia Basin, Paul moved his young family to Othello, Washington in 1958. Paul fell in love with and married Joeleen Kottwitz in 1971. They were a few months shy of their 50th wedding anniversary at the time of Paul’s passing. Together, they raised seven children while expanding their farm operations known as Circle B Farms. Paul and Joeleen continued to be involved in the farming industry into their 70s. Paul’s retirement was active. He enjoyed his family, traveling and spending time at Priest Lake, Idaho. He also enjoyed hunting with his sons and grandsons. He loved cattle, horses, western memorabilia and the NFR. He was an active member of Gentlemen on Horseback into his 80’s. Early in the morning you would find him at the local “coffee klatch” sipping coffee with his retired friends. He built his legacy on a foundation of pride, grit, stubbornness, and a love for farming, his family, and his community. His family will deeply miss him and will always be grateful for his accomplishments. Paul is proceeded in death by parents, Frank and Elsie Barker, brother, Jim, great-granddaughter, Hannah, and his beloved horse Gunny. Paul is survived and remembered by his wife, Joeleen; children, Brenda (Scott) Morgan, Lynn (Mike) Zoltek, Paula Prettyman, Rod (Dawn) Barker, and Starla (Steve) Dixon; step-children, Alan (Kolleen) Kottwitz and Carol (Kim) Kottwitz; brother, Roger (Linda); sister-in-law Beverly; and former wife Barbara Mishkin. He had thirteen grandchildren and seven great grandchildren who will miss him dearly. Due to COVID, Cremation and Interment are private. In lieu of flowers, donations may be made to: Othello Senior Citizens Center, 755 N 7th Ave, Othello, WA 99344 https://youtu.be/QuzhwkaNC40
To plant a beautiful memorial tree in memory of Paul Barker, please visit our Tree Store

Share Your Memory of
Paul
Upload Your Memory View All Memories
Be the first to upload a memory!
Share A Memory
Plant a Tree