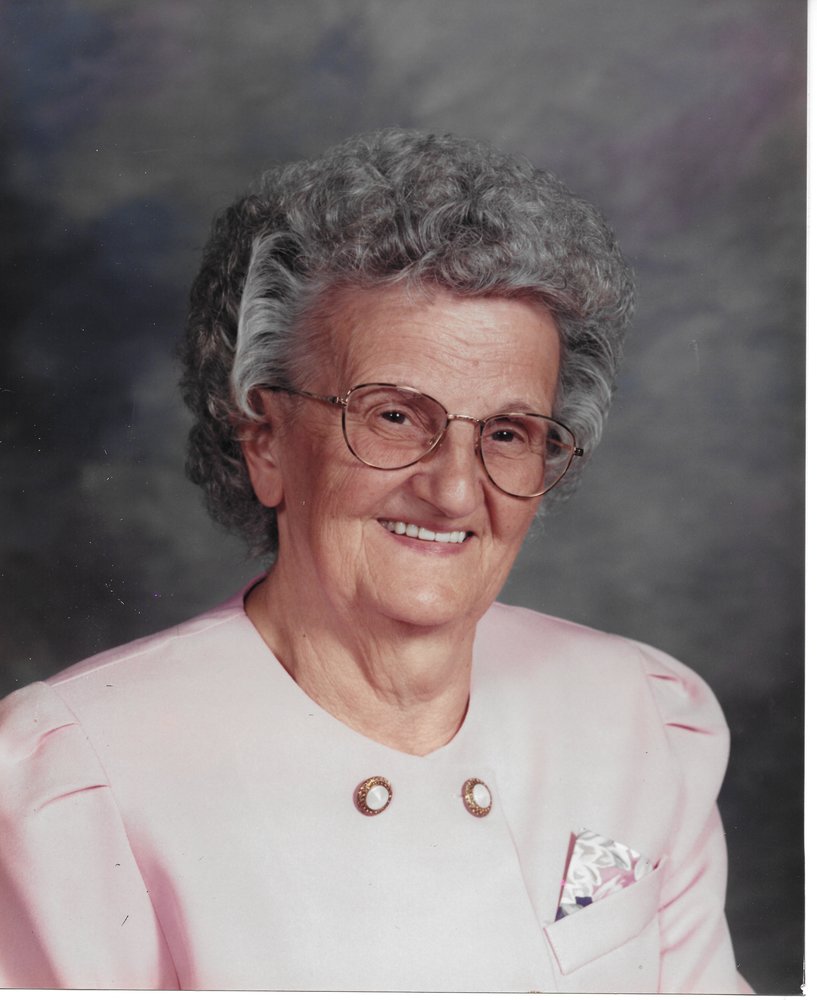 Obituary of Lillian May LeRoy

Lillian May LeRoy, age 93, of Othello left this earth Sunday morning February 7, 2021 to attend the greatest church service ever! From now on through eternity she will have the greatest pastor – Jesus. She is now an official member of the great cloud of witnesses. She joins her mother, two sisters, one brother, one granddaughter, and one son. Lillian was born at home on her grandfather’s farm outside Lind, Washington on July 3, 1927. Throughout her childhood she lived in several locations. Hatton, Lind, Addy and Spokane to name a few. She met her husband who was in the Navy during WWII at Natatorium Park in Spokane, Washington. They married and had 5 children plus one more at the age 42. Throughout their marriage she faced many of life’s challenges, faithfully following her husband through thick and thin, and sometimes mostly thin. They were always on the move from Washington, to California, to Texas and back again to her home state of Washington. Each move she found herself always packing up essentials and personal belongings while leaving many household items behind to start over again at a new location. They also crisscrossed Washington State from East to West and West to East with all five children in tow many times. For most of her married life she was a stay-at-home mom, but she was to face yet another challenge and became a single mom while raising her last baby alone. She worked at Othello Community Hospital as a super particular house keeper earning several employee awards for her years of service, retiring in 1989. She became an Othello icon driving around in her Shiny Black 1972 Buick Riviera. Her seventh baby! Her time in Othello also led her to faith in Jesus and once she accepted Him as her personal Savior, she never looked back. She was a faithful member of Othello A/G for many years and then attended Othello Four-Square church when the A/G church closed it doors. She was never shy about sharing her faith. She spent many hours praying with her sister for this Nation and all the people and needs that were laid on her heart. Right up to the end all she wanted was to go home to Jesus. She even tried to hold her breath a few times to get there faster. She spent her last evening enjoying a Root Beer Float party with members of her family at her side. Lillian is survived by her daughter Valerey LeRoy of Ellensburg, daughter Venus LeRoy of Kalispell, MT, son James LeRoy of Santa, Idaho, son and wife Jerry and Theresa LeRoy of Battle Mountain, Nevada, and daughter and husband Lorie and Randy Butler of Othello. She also leaves behind 17 grandchildren, 41 great-grandchildren and 14 great-great grandchildren. She was preceded in death by her mother and father Albert and Ida Erdmann, brother Bob Erdmann, sister Dorothy Look, and sister Caroline Sharp. Her surviving siblings are Sonny Erdmann of Spokane Valley, Irene Brownfield of Spokane Valley, Pauline Stolp of Lolo, MT, Walt Erdmann of Othello and Linda Stewart of Spokane Valley.
To plant a beautiful memorial tree in memory of Lillian LeRoy, please visit our Tree Store
Monday
15
February

Share Your Memory of
Lillian
Upload Your Memory View All Memories
Be the first to upload a memory!
Share A Memory
Plant a Tree