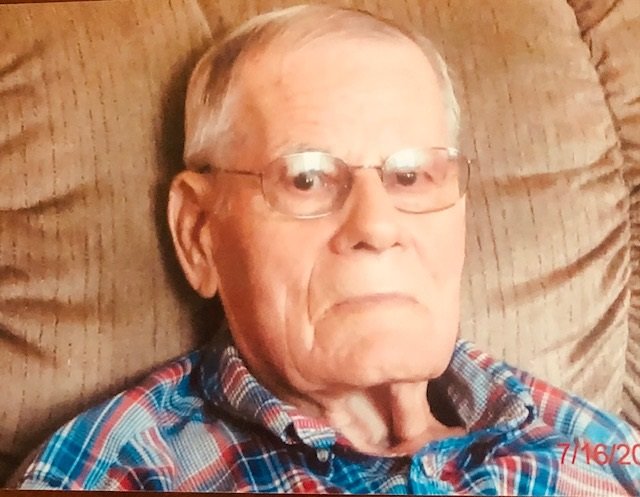 Clarence Benzel, 99, died on May 10, 2021 at the Avalon Care Center in Othello Washington. He was born in Scottsbluff Nebraska on May 10, 1922 to Pete and Lydia Benzel. He was married to Betty Ostermiller from 1941 to 1959. Clarence farmed numerous locations throughout the panhandle of Nebraska until going to work for Lockwood Corporation in Gering, Nebraska. While employed by Lockwood, he transferred to Othello, Washington and was with Lockwood from November 1956 until retiring January 1984. He is survived by his daughter, Shirley (Lucky) Goebel of Plano, Texas and his two sons Rick Benzel and Larry (Gaye) Benzel of Othello, Washington. Survivors also include five grandchildren, seven great grandchildren and two great, great grandchildren. He was preceded in death by his parents, two brothers and three sisters.
To plant a beautiful memorial tree in memory of Clarence Benzel, please visit our Tree Store
Wednesday
19
May

Share Your Memory of
Clarence
Upload Your Memory View All Memories
Be the first to upload a memory!
Share A Memory
Plant a Tree