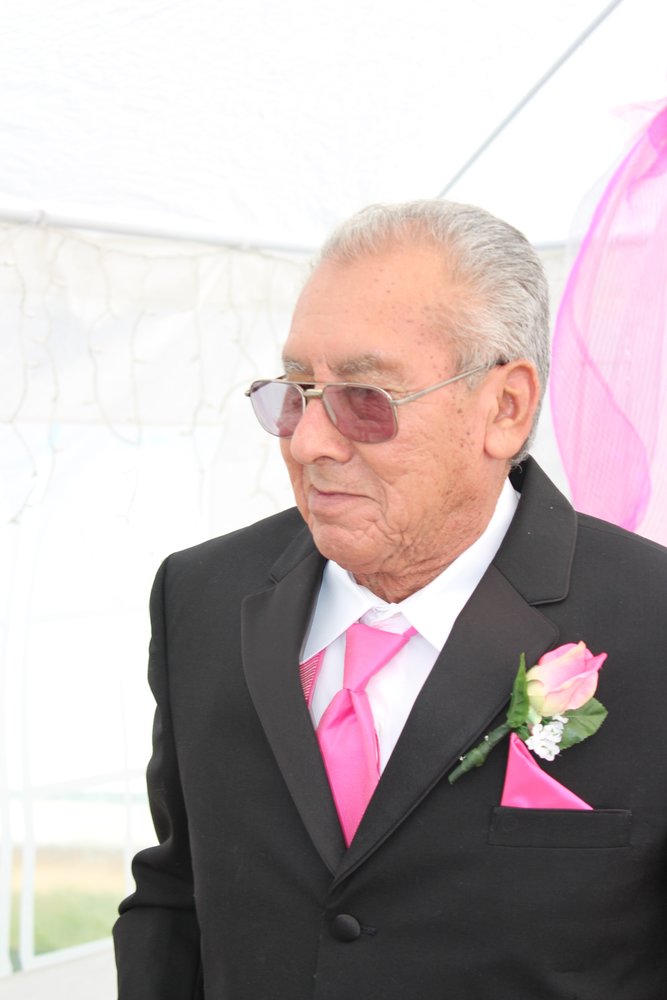 Jose M. Riojas AKA “Coyote” was born on March 26, 1943 to Estanilado and Manuela Riojas in Bigfoot, Texas. He passed away in Othello, Washington on July 21, 2021. Coyote’s parents migrate for work and traveled to many states for work to provide for their family. He was the 8th child out of 10 children. Coyote was a very strong, kind and hardworking man who had many jobs as a young man until he started working for The City of Othello in the Public Works department; he worked for the city for 34 years. He wore many hats for City of Othello from dogcatcher, meter reader, painted and plowed the street and many other tasks. Coyote met the love of his life in 1974, Mary Lou Alvarez and in 1999 they got married. Nothing made Coyote happier than being with his wife, family and many close friends. The two of them blended families and add a few more to the bunch, totaling in 12 children. Coyote is survived by his wife Mary Lou Riojas; children Teresa (Brad) Ward, Dennis Riojas, Jesse (Janette) Riojas, Frankie (Angel) Riojas, Maria Martinez (Karl), Jesus Martinez (Michelle), Steven (Angel) Martinez, Yancey Alvarez, Corinna (Tyson) Tax, Amanda Beard, JR Ortega, and Crystal Ortega; 42 Grandchildren, 12 Great Grandchildren and 1 Great Great Grandchild. In addition he is survived by his siblings Pedro, Petra ,Teo, Cata, Genovevo and Maria. He has a countless number of “close friends” that he considered family. Coyote is preceded in death by his parents, sisters, Martha, Jesusa and Emma, Grandchildren: Jayme Riojas & Demetrio Martinez. Per Coyote wishes no public service will be held. The family would like to thank Othello Community Hospital, many close friends and community members for all their support, prayers, food, messages, and calls during this difficult time.
To plant a beautiful memorial tree in memory of Jose Riojas, please visit our Tree Store

Share Your Memory of
Jose
Upload Your Memory View All Memories
Be the first to upload a memory!
Share A Memory
Plant a Tree