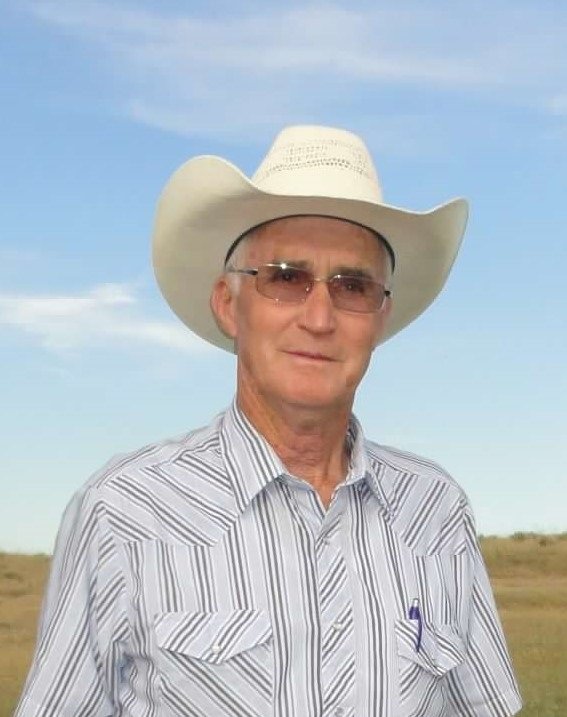 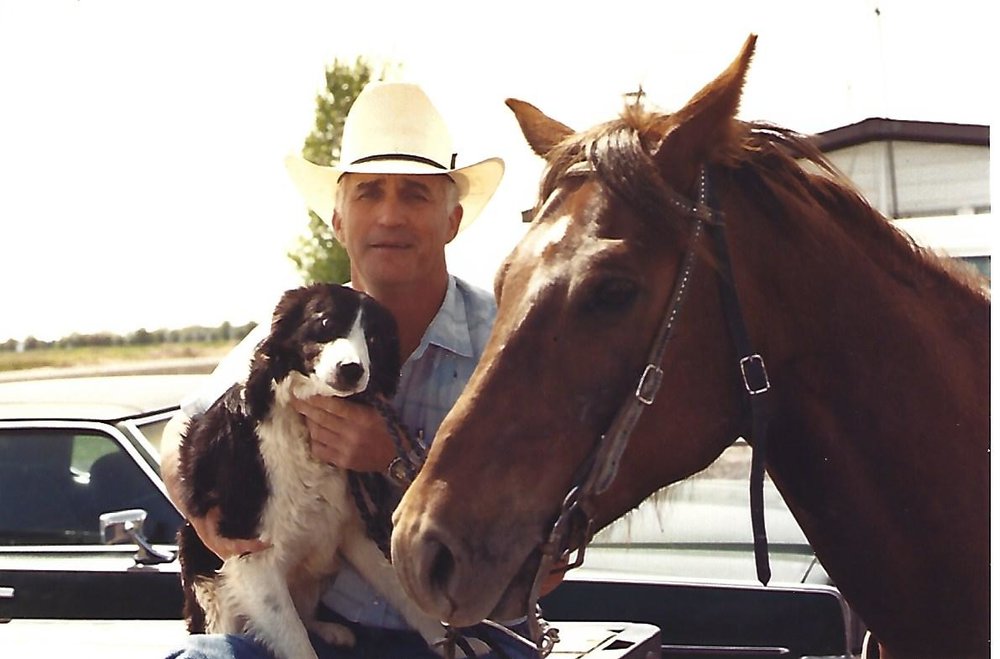 Carl George Tosh, of Othello, passed away at home on July 21st after a long illness. He was born in Batesville, Arkansas to Viola and Nathan Tosh and had one sister and three brothers. At 17, he and a friend moved to Washington for work, eventually settling in Othello. One night at the Tastee Freeze he met a cute girl at the drive thru and asked her for “Two Cokes and a date to go”. It took a few trys before she agreed and they were married three years later. Carl loved his family, Pepsi, sweets, rodeos, and watching westerns - John Wayne movies were his favorite. He was a past member of the Othello Rodeo Association and Sheriff’s Posse and until his illness was rarely seen without a large belt buckle, cowboy boots and a cowboy hat. He always said he was “195 pounds of twisted steel and sex appeal”. He had a large collection of knives and guns and passed this interest on to his sons and several of his grandchildren and enjoyed target shooting with them. He planted a garden every year but couldn’t grow a good melon, although he kept trying. Carl adored his grand-children and great-grandchild and spent many hours with them at the beach, throwing a baseball in the backyard, or playing card games (there are rumors that he cheated on occasion…) He was a prankster, a truth stretcher and a fireworks lover and will be greatly missed. Carl is survived by his wife LeAnn Palmer Tosh; daughter Cindy (Richard) Colley; son Dan (Denice) Tosh; son Jeff (Tonja) Tosh; eight grandchildren and one great-grandchild. He was preceded in death by both of his parents, two brothers, sister and numerous in-laws. Here is the link for Zoom services if you would like to join the family . https://zoom.us/j/98480668246
To plant a beautiful memorial tree in memory of Carl Tosh, please visit our Tree Store
Tuesday
27
July

Share Your Memory of
Carl
Upload Your Memory View All Memories
Be the first to upload a memory!
Share A Memory
Plant a Tree