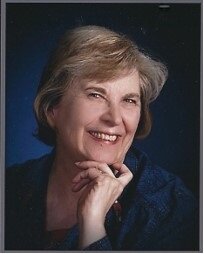 Kathleen Louise Luhn Kathleen Louise Stephens Luhn was born on February 11. 1949 in Coulee Dam, Wa. She was the first born of Fred and Betty Stephens. She was joined by a brother, Michael, and three sisters, Laurie, Kerrie and Julie. She passed away at Coventry House in Othello on August 23, 2021 her 52nd wedding anniversary. She grew up in Spokane, WA. Graduating from University High School in 1967. She worked for a year as a secretary in the Spokane County Health Dept. Before choosing to follow a certain young man to Northwest Nazarene College in Nampa, Idaho. She and Bob Luhn started dating that first quarter and a year later on August 23, 1969 they were married at Spokane Bethel Church of the Nazarene. Following Bob’s graduation from college, they moved to Kansas City , Missouri so he could attend Seminary preparing for pastoral ministry. She worked for two years as a secretary in the World Missions office of the denomination and became intimately acquainted with missionaries and outreach efforts around the world. She also served for 7 months as house mom to teen girls in Lifeline Children's Home in KC. There she fell in love with two of the kids and became their foster mom for almost 20 months. She was blessed with 3 girls of her own, Jennifer, Betsy, and Christina. She taught them early to be self-sufficient and independent. At a very young age the learned how to do their own laundry and keep their rooms clean. Kathy deserves all the credit for the wonderful wives, moms, friends, and hard-workers they have become. In 1980, the family moved to Othello, WA, where she would live out her years. She worked as the lunch lady at McFarland Middle School, a job she absolutely loved and cried when she had to retire from there because of advancing Parkinson's disease. She then opened a used children's clothing shop called the Children's Attic where she provided high quality inexpensive “gently used clothing”. She also served as secretary of the Mid-Columbia Christian School again, until her disease made that impossible. She was very creative, she loved sewing stuffed bears out of old quilt material selling a number of them at the Old Hotel. She made several beautiful banners for the Othello Nazarene Church that are still in use. What she considered her most important ministry was to provide a peaceful home for Bob and the girls after their busy and often stress filled days. The peace and quiet in our home linger to this day. She is survived by her husband, Bob of Othello; daughters Jennifer (Rich) Vasquez, Caldwell, Idaho; Elizabeth (Karl) Anderson, Miramar, New Zealand; Christina (Jason) Greene, The Dalles, Oregon; 7 grandchildren: Austin Greene, Benjamin Anderson. Orion Vasquez, Ellia Anderson, Diego Vasquez, Zakery Greene, and Chavelle Vasquez; brother Mike (Connie) Stephens; sisters Laurie (Jeff) Bohn, Kerrie (Joe) Bernecker, Prosper, Texas: and Julie Korssjoen, Spokane, WA. A special thanks to the wonderful staff at Coventry House for caring for Kathy so well for over 2 ½ years. Funeral Service with be held Monday August 30th at 1:00 pm at the Othello Church of the Nazarene (835 South 10th Ave, Othello, WA
To plant a beautiful memorial tree in memory of Kathleen Luhn, please visit our Tree Store
Monday
30
August

Share Your Memory of
Kathleen
Upload Your Memory View All Memories
Be the first to upload a memory!
Share A Memory
Plant a Tree