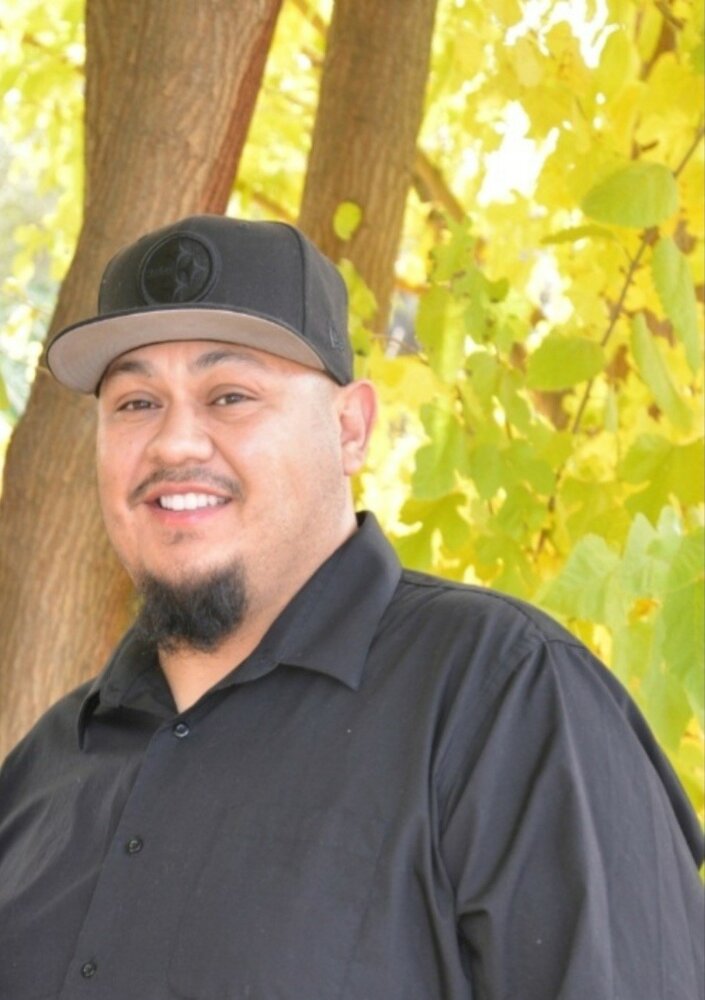 Julian Fernando Aviña Sr. 40, United with our Heavenly Father on Tuesday, September 21, 2021. Julian was born on August 13, 1981 to Mario and Maria de Carmel Aviña in Fresno, CA. In 1987 they moved to Othello,WA were he was raised. In 2004 he met the love of his life, Nicole Marie Cruz. They later married on September 22, 2009 and together, they have 4 beautiful children. Julian had an amazing love for God and always shared it. He was a hard working man and always put his family first. Family time was a huge priority to him. He enjoyed Sunday bingo at Grandma Cruz's, birthday celebrations, and never missed a holiday gathering. Julian was an amazing husband, father, son, brother, tio and nino. He enjoyed taking his family on vacations. His annual camping trips to Mount Rainier were his favorite. He also loved watching football and rooting for his team. GO STEELERS! Julian had a gorgeous smile, contagious laugh, and a heart of gold. He was always so giving and caring to everyone he knew and met. He will forever be remembered by his famous BBQ chicken and always sporting his Pittsburgh Steelers gear. He is survived by his loving wife of 12 years Nicole and his children Julian Jr, Levi, Nariyah, and Naliyah. His parents: Mario and Maria del Carmel Aviña, Rick and April Trenbeath, and David Cruz; Grandparents: Guadalupe Arousa and Anita Cruz; Siblings: Joanna Montejano, Zenaida Aviña, Mario Jr.(Candie) Aviña, Erica(John) Rodriguez, Issac(Jamie) Aviña, Jasmine Aviña, Anita(Richard) Navarro, Jessica(Ryan) Hall, Vanessa(Angel) Medina, Christina(Tim) Jay, Nekoda Cruz, and numerous Tios, Tias, cousins, nieces, and nephews. He is proceeded in death by his Grandparents: Apolonio and Zenaida Aviña, Manuel and Maria de Jesus Montejano, Arturo Cruz, Alicia Arousa; Godfather Raymond Montejano; Brother in law Randy Garcia Sr.; Niece Elizabeth Navarro; Nephew Isaiah Medina. We love you so much and you will forever be missed My Chulo Fernando!
To plant a beautiful memorial tree in memory of Julian Aviña Sr, please visit our Tree Store
Wednesday
29
September

Share Your Memory of
Julian
Upload Your Memory View All Memories
Be the first to upload a memory!
Share A Memory
Plant a Tree