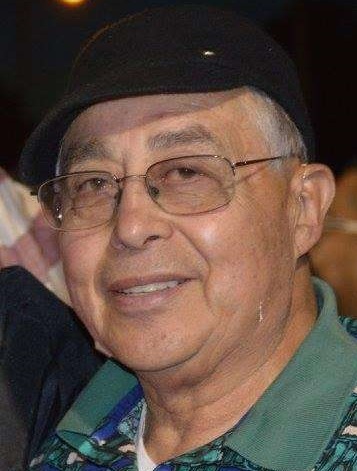 In loving memory of Hector Daniel Lazo Venegas Born July 21st, 1942 and joined our heavenly Father October 7th, 2021. Hector was born to Flavia Venegas and Guadalupe Lazo in 1942. Raised in Guadalajara Mexico, he obtained his high school degree and attended the local university; after which, he launched his career as a local reporter. While working as a reporter, Hector suffered a near death accident. It catapulted him to immigrate to the United States in 1967. He began a new career as an agriculture worker, traveling from California up north to Washington State. At which time, he met his surviving wife of 46 years, Juana Maria Sanchez Lazo. They settled roots in Othello, WA and raised a family of 6 children, Leticia Lazo, Rafael Lopez, Lorena Lopez Lazo, Arturo Lazo, Christina Lazo and Alexsandra Lazo. For 44 years, Hector worked alongside his lifetime friend Allen Floyd at Harvest Fresh Produce as a production foreman. When Hector retired, if he wasn’t at Walmart chatting while shopping, you can find him either in front of the TV watching his sports or outdoors mowing the lawn. Hector enjoyed watching sports, especially soccer. He loved spending time with his family, playing dominoes at the dinner table and spent his retirement years with his grandchildren and great children. He could always be counted to be on the sidelines cheering his children and grandchildren on. He also took pride in his lawn; spent countless hours grooming, trimming and watering. On Sundays, he attended church often and enjoyed the many pancake feeds afterwards. He will be fondly remembered as a loving father, devoted husband, always with a smile and a great sense of humor. He will be greatly missed by his much-loved family members, close friends, church members, community members and his partner in life, Juana Maria Sanchez Lazo. Preceded in death by parents, Guadalupe Lazo and Flavia Venegas, grandchild Ruby Jimenez, and sibling Mario Turincio Venegas. Survived by siblings Jovita Venegas Medina, Guillermina Venegas Sanchez and Benito Lazo; children Leticia Lazo, Rafael Lopez, Lorena Belmontes (Lopez Lazo), Arturo Lazo, Christina Duran (Lazo)/Manuel Duran, Sr. and Alexsandra Lazo; grandchildren Faviola Garcia (Lazo)/Mario Garcia, Jelani Lazo, Carla Martinez, Evan Martinez/Giselle Guzman, Zocimo Martinez Jr.; Jose D. “Joey” Lazo, Gabriel N. Lazo, Anthony K. Lopez, Lorenzo “Nico” Lopez, Manuel Duran Jr., Miguel “Adrian” Angeles, Ronaldo Lopez, Fernando Duran, Diego Duran, Juan “Sebastian” Belmontes, Leonardo Lazo, Isabella E. Lopez, Joseph E. Lazo; many great grandchildren and one great great grandson. Rest in peace Dad. Always in our hearts.
To plant a beautiful memorial tree in memory of Hector Lazo Venegas, please visit our Tree Store
Monday
11
October

Share Your Memory of
Hector
Upload Your Memory View All Memories
Be the first to upload a memory!
Share A Memory
Plant a Tree