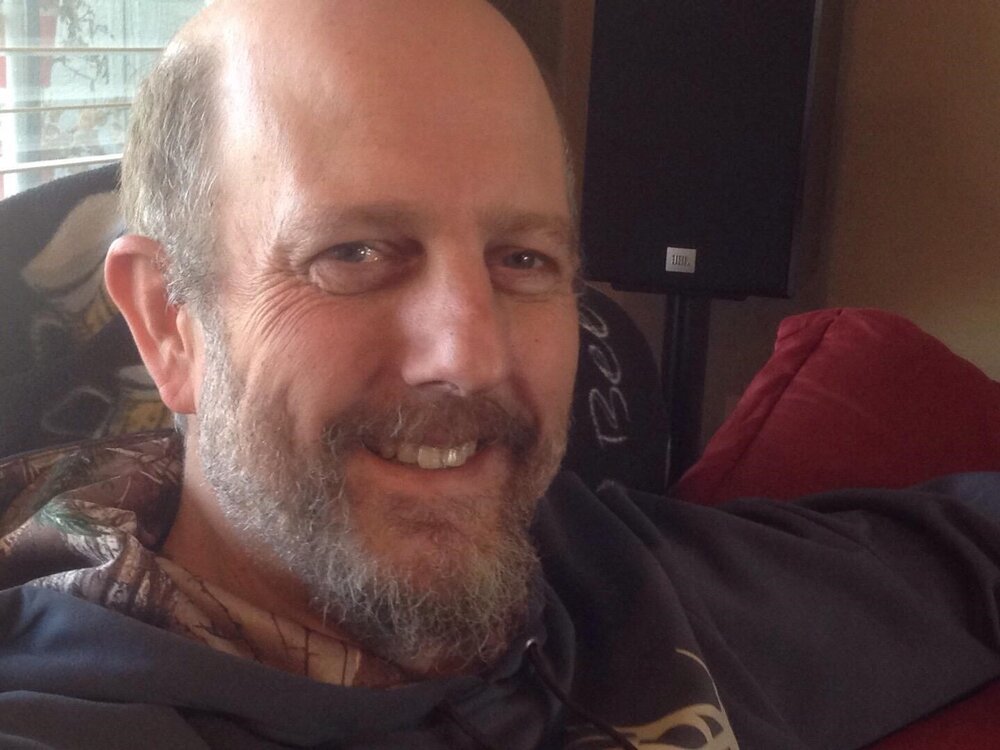 Bruce passed away, peacefully at home on October 14, 2021 after a long, hard-fought, courageous battle with cancer. He was born to Steve and Ann Moore on April 10, 1975 to Steve and Ann Moore in Longview, Wa. He graduated from Kelso High School in 1993, continued on to Lower Columbia College where he received his AA in 1996, and finished up his education at Central Washington University with a Bachelor of Science degree in Loss Control Management in 1999. During this time (1996 to be exact), he met his best friend and soulmate, Mandy Ruiz (at Moore Hall on campus) and they have been together ever since. Bruce and Mandy were married on January 8th, 2000 in Longview WA at Emmanuel Lutheran Church. Bruce worked at Darigold in Portland, OR for several years until the couple moved to Othello in 2003. He was employed at Grant County Integrated Health in Moses Lake until 2019. Bruce and Mandy were blessed with two amazing children, Ella in 2007 and Ryan in 2011. Bruce started assisting with fireworks shows and ultimately got his pyrotechnic license which led him on many adventures. Bruce also enjoyed hunting, fishing, kayaking, camping and going to concerts. Bruce was always up for an adventure and would do anything for his family and friends. Bruce is survived by his wife Mandy, children Ella & Ryan, his parents Ann & Steve Moore, his sister Gretchen Lincoln, his nephew Matthew Lincoln and his niece Alyssa Lincoln. Bruce was preceded in death by his and Mandy’s daughter Emma (2005), grandparents, Edwin & Louise Moore, Ralph & Mable Buttermore, and in-laws Armando & Darlene Ruiz.
To plant a beautiful memorial tree in memory of Bruce Moore, please visit our Tree Store
Saturday
6
November

Share Your Memory of
Bruce
Upload Your Memory View All Memories
Be the first to upload a memory!
Share A Memory
Plant a Tree