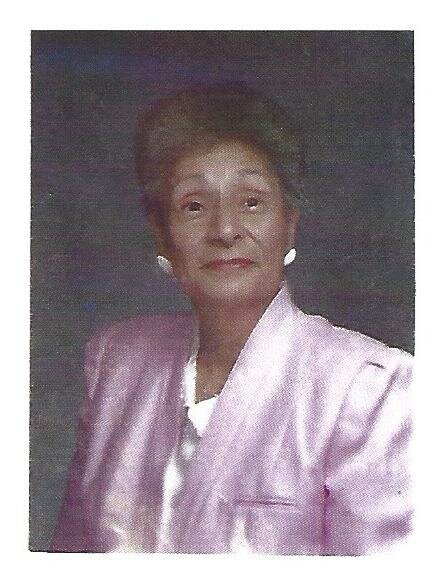 Marie Elvera Green, sister, wife, mother, grandmother, aunt, and friend, passed away peacefully on November 11, 2021, at the age of 96. She was a gentle and sweet person who touched so many lives, and she will be deeply missed. Marie was born to Ralph and Esther Ledesma on August 15, 1925, and grew up in San Francisco, surrounded by extended family. After graduating from Mission High School in 1943, Marie got her first job as a clerk at the San Francisco Naval Shipyard. There, she met Tom Green, a rigger, and the two were married in 1948. They had two children together, daughter Anita and son Tommy. In 1958, Tom's dream to return to farming came true when he acquired land set aside for veterans in the Columbia Basin Irrigation Project. Leaving her extended family and city life behind, Marie courageously moved to the Royal Slope and became a farmer's wife. In 1962, the family moved again to Othello, where Marie worked for thirty years in various food processing plants, Widowed in 1967, Marie continued to work in food processing plants until she retired in 1991. In April 1996, she moved to Moses Lake to be closer to her children and grandchildren. Marie enjoyed sitting in her blue chair, cheering on the Seattle Mariners and the Seahawks. She loved milkshakes, potato chips, and watching her great-grandchildren and great-great-grandchildren grow up. Marie's sweet spirit will be missed by those she leaves behind: Daughter Anita Muscott (Doug); son Tom Green; grandchildren Tim Muscott (Kristen), Bonnie Oberg (Dan), Jason Green (Tiffany), and Tyler Green (Jaime), nine great-grandchildren and 2 great-great-grandchildren. Remembrances can be made to: Adams County Pet Rescue — www.adamscountvpetrescue.com.
To plant a beautiful memorial tree in memory of Marie Green, please visit our Tree Store

Share Your Memory of
Marie
Upload Your Memory View All Memories
Be the first to upload a memory!
Share A Memory
Plant a Tree