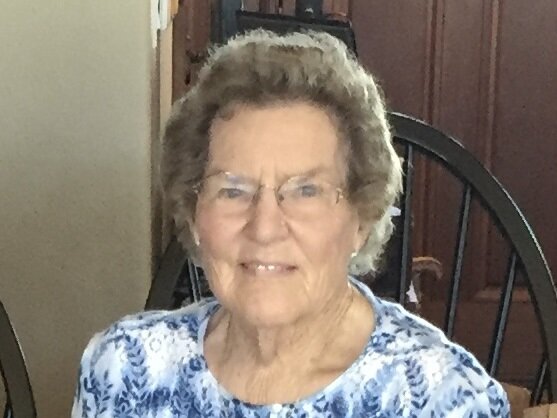 Shirley Adele McGee Stewart 92, passed on January 21, 2022 in Othello, Washington at the Coventry House where she had resided for the past 15 months. She was born to Chester McGee and Clyda (Ratcliff) McGee on February 4, 1929 in Kennewick, Washington. The family homesteaded in White Bluffs Hanford area where Shirley attended grade school. They were relocated in 1942 during the war while Hanford was being built. The family moved to Spokane, Washington where Shirley graduated from Rogers High School in 1947. She attended WSU studying home economics. During a break from school, she went to cook at the Brown Bros. Lambing Camp in Vantage, Washington and that’s where she met the love of her life, Donald J. “Bud” Stewart. Bud and Shirley were married on January 3, 1951 in Ephrata, Washington. The couple moved to Smyrna in 1953 where they built their cattle ranch. Together they raised 4 children; Larry, Don, Elaine and Kerry. Shirley stayed busy raising their family, cooking for ranch crews, her only stint away from home was working as the community’s librarian and for Millers Drug in Royal City. Bud and Shirley ranched until their retirement in 1990. Upon retirement, they began to travel, attending many rodeos to watch their family compete, and they loved to spend their winters in Quartzsite, Arizona. Shirley loved sewing, quilting, cooking, playing cards and spending time with family and friends. She was a 4-H leader for 3 R’s 4-H Club, an original founder of the Crab Creek Cacklers, and she enjoyed her involvement with the Royal Moose Lodge, Cowbells, Washington State Cattlemen's Assoc, Royal City’s Jr Miss Program, Royal Seniors and she attended the Royal City Methodist Church. She loved to watch her grandkids and great-grandkids show livestock and horses at the county fairs. Shirley lived on the ranch for 67 years, until moving to the Coventry house in Othello due to health reasons. She will always be known for her friendly smile and the ability to spin the perfect stories. Shirley will be missed by all who knew and loved her. She is preceded in death by her husband, Bud, her parents, and her brother Dale. She is survived by her son Larry Stewart, Wickenburg, AZ, son, Don (Shannon) Stewart, Royal City, WA, Daughter Elaine (Mark) Fleshman, Othello, WA, and Daughter Kerry (Craig) Janett of Royal City, WA, 11 grandchildren and 16 great-grandchildren. The family would like to extend their deepest gratitude to the staff at The Coventry House for their excellent care and devotion to Shirley. A private family graveside will be held on January 27, 2022 at Royal Memorial Gardens with a Celebration of Life gathering at a later date.
To plant a beautiful memorial tree in memory of Shirley Stewart, please visit our Tree Store
Thursday
27
January

Share Your Memory of
Shirley
Upload Your Memory View All Memories
Be the first to upload a memory!
Share A Memory
Plant a Tree