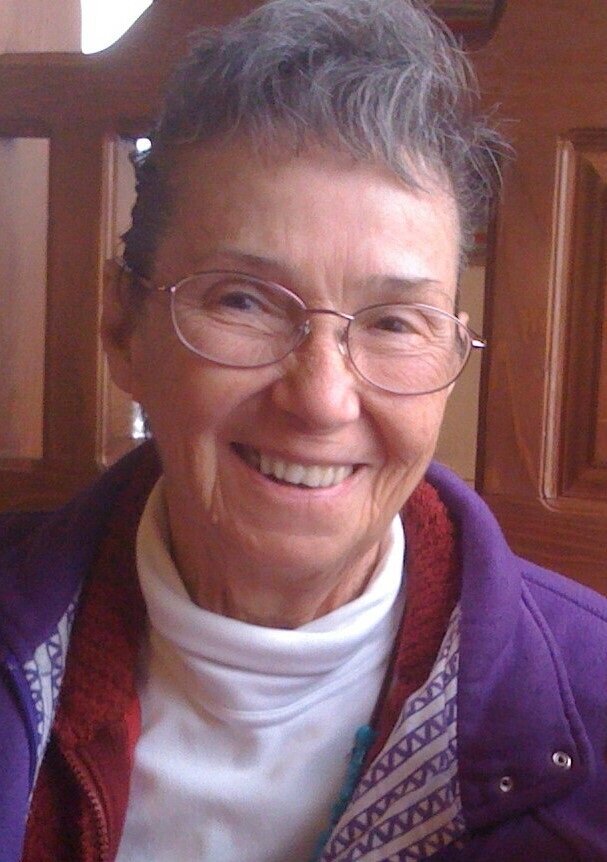 Illa “Jean” Muscott February 26, 1929 – January 7, 2022 Illa Jean Muscott, loving sister, wife, mother, grandmother, aunt, and friend entered in eternal rest January 7, 2022 at the age of 92 where she joined her loved ones that have gone on before her. Jean was born February 26, 1929 to Mary and Elmer Adrian Hughes in a small cabin on the Spokane Indian Reservation. Her siblings were brothers Ed and Jerry and sisters Pat and Penny. The family moved to the Spokane area and Jean became the primary care giver for her siblings while her mother worked through the WW2 effort and beyond to support the family. She married Ted Muscott November 12, 1950. The couple was married for 53 years and had two sons, Douglas and David and daughter Cynde. Ted and Jean moved to Othello in 1957 where they founded , owned and operated Muscott Funeral Home for 30 years. When Ted became Othello’s mayor in 1964, Jean would host a tea for the community each year at City Hall and was an avid supporter of Ted’s vision for growing the community. Jean was a Cub Scout den mother and a member of the Othello Christian Church where she taught Sunday School for many years. She had a passion for learning and completed college and earned her bachelor’s degree in funeral directing. She attended San Francisco School of Massage in 1993. She worked as a receptionist at the Cabana Motel for 20 years. She was a “master chef” as she went to France and studied under Jacques Pepin and with Julia Child in Seattle. She learned Thai cuisine from Ravadi owner of the Emerald Isle in Richland and went to cooking school at Greenbrier in West Virginia. She was instrumental in putting The Old Hotel Cook Book together and tested each recipe before it was sent to press. Ted said she was the best fed man in town. Jean was an avid knitter and quilter. She took great joy in teaching others her craft and was the Tri Cities Quilt Show featured artist in 2009. Her quilts also took many honors at the Puyallup State Fair. Her focus was on health and fitness and was active in the Senior SAIL class. She was also a member of the Othello Theater Guild and Library literacy counsel. Jean had a deep love for family and her and Ted hosted annual family reunions at their home poolside. Jean loved to travel with Ted on the back of their Gold Wing motorcycle where their adventures took them to Pikes Peak, rafting down the Colorado River and a mule trip down the Grand Canyon. Jean will be deeply missed by son Douglas (Anita) Muscott, daughter Cynde (Jerry) Rea, sister Penny Powell and brothers Ed Hughes and Jerry Neff, Grandsons Tim (Kristen) Muscott, Ryan (Kandace) Rea and granddaughter Bonnie (Dan) Oberg, 6 great grandchildren and numerous nieces and nephews. She was preceded in death by her husband Ted, mother Mary, son David and sister Pat, “ As you think, you travel, and as you love, you attract. You are today where, your thoughts have brought you; you will be tomorrow where your thoughts take you.” – James Lane Allen Contributions can be made to Adams County Pet Rescue.
To plant a beautiful memorial tree in memory of Illa Muscott, please visit our Tree Store
Saturday
9
April

Share Your Memory of
Illa
Upload Your Memory View All Memories
Be the first to upload a memory!
Share A Memory
Plant a Tree