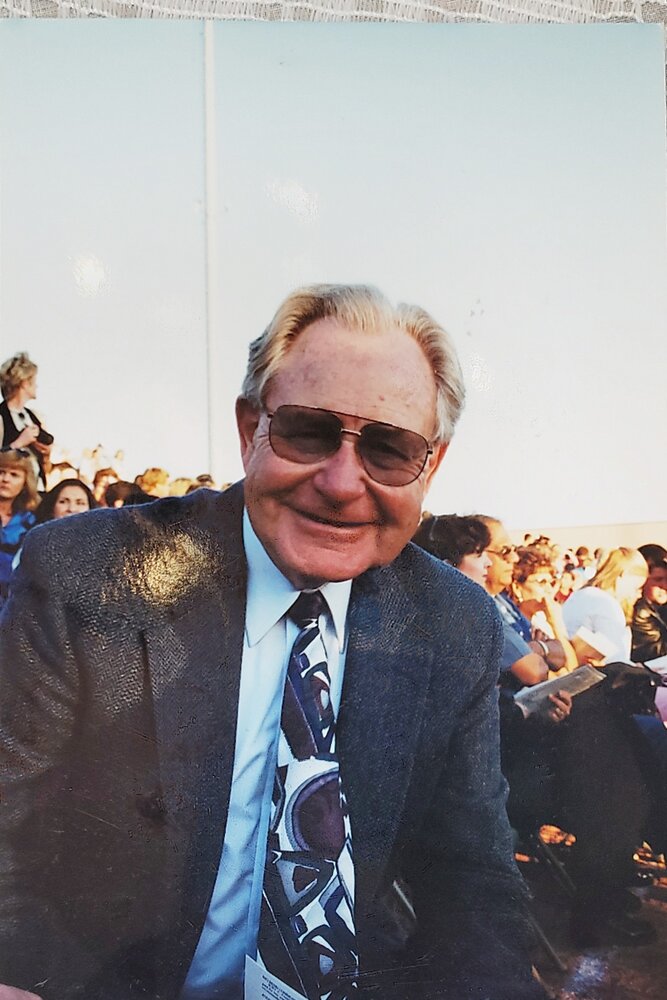 Rev. Everett F. Cole was born to Ralph and Agnes Cole in Pillager Minnesota on March 24, 1928. He was immersed in the Christian community that would be his lifelong support from an early age. He was educated in a country school and went on to graduate from Pillager High School. From there, he attended North Central University where he studied seminary and met his beloved wife Angela whom he married in 1951. They went on to pastor several churches in Minnesota before being called to the Othello Church of the Nazarene in 1963. While in Othello, he also worked as a meat cutter at Akins Grocery, was employed by the Othello school district as well as finished out his working career at Stevens Funeral Chapel. Everett was very active in the community, holding positions on several different boards. He served on the Othello city council for 28 years, CBHA board for 25 years, and Mosquito control board for 42 years, as well as serving the Othello booster club and Kiwanis. He was named FFA Honorary Farmer of the Year and Othello citizen of the year. He is preceded in death by sons Ralph Cole and Craig Cole. He is survived by his wife of 71 years Angela Cole of Othello; his daughter Carol (Ron) Bradford of Moses Lake; grandson Jerod (Stephanie) Bradford of Moses Lake, Angela Bradford of Moses Lake; Great-grandchildren Mason and Myles Bradford of Moses Lake and Rylee and Ronni Bradford of Moses Lake; Sister Rev Florence Espeseth of Parsons, KS and brother Rev Eldon Cole of Des Moines, IA He never looked for praises, He was never one to boast, He just went on quietly working, For the ones he loved the most. A Celebration of Life will take place at the Othello Church of the Nazarene on April 29, 2022, at 11 am with a lunch reception to follow.
To plant a beautiful memorial tree in memory of Everett Cole, please visit our Tree Store

Share Your Memory of
Everett
Upload Your Memory View All Memories
Be the first to upload a memory!
Share A Memory
Plant a Tree