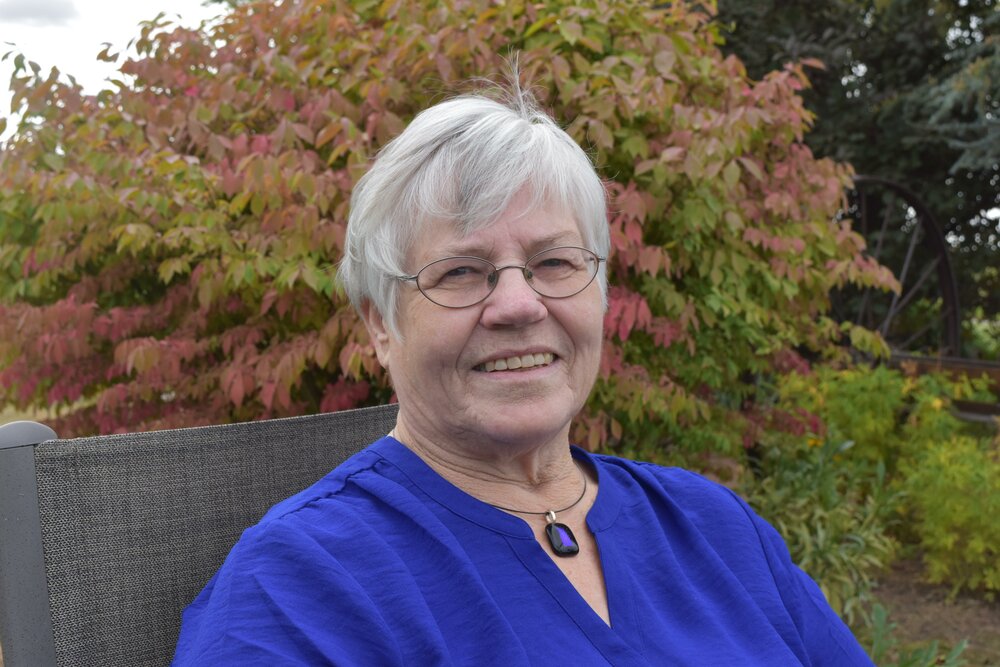 Please share a memory of Linda to include in a keepsake book for family and friends.
View Tribute Book
Linda Lu Weyns of Othello, Washington passed away at her home in the loving company of her husband, Gerard, on the morning of their 55th wedding anniversary. She went to rest in the arms of her Lord on October 6, 2022, at the age of 74. Linda was born in Nyssa, Oregon to ErvIn and Elsie Easterday on March 14, 1948. They lived in Parma, Idaho, where she attended Ten Davis Elementary. Ten years later her family moved to Basin City, Washington, where Linda was active with 4-H, and enjoyed horse-riding and helping her dad irrigate the farm. In 1966, during Linda's senior year, she met Gerard Weyns, a foreign exchange student from the Netherlands. After Linda graduated from Connell high school in May, 1966, she and Gerard worked together during wheat harvest and enjoyed boating together and getting to know each other. That fall, Linda went to Kinman Business School in Spokane to get her secretarial and keypunch degrees. They were married on October 6, 1967 and within a few weeks moved to the town of Emmeloord in the Netherlands, where Gerard's family lived. Linda treasured her time in the Netherlands, learning to speak Dutch and getting to know her new extended family. There they had their first child, Dalena. In 1968 they moved to Coaldale, Alberta, Canada, and their son Ko was born in 1969. Then in the spring of 1970, they moved back to the U.S. Thus began a 52-year long chapter in Linda's life dedicated to her faith, family, friends, and community. While in Canada, Linda and Gerard's home was basically a shack, with only a cold water spigot in the wall, a gas stove, and a two-hole outhouse. Linda was up to this challenge though, as she was accustomed to hard work. This was evidenced by her caring for two babies and having only a ringer washer for cleaning their cloth diapers through two cold Canadian winters. Linda and Gerard moved to Royal Slope in 1970 where farming while persevering together was their way of life from that day forward. Their third child, Kees, was born in 1976, and they raised their family on the farm, teaching them the value of hard work. Linda was a farmer, bookkeeper, and onion packing shed manager. But she took on many other jobs, like working as a DJ on KRSC radio hosting the Linda Lu Happy Hour. She volunteered as a 4-H leader; was a member of Royal Neighbors, Othello Grange, Adams County Fair Board and Livestock Association, while also serving as a deacon and elder and singing in her church choir. She also participated in the Ag Forestry leadership program. Her hobbies were cooking, gardening, knitting, crocheting, cross-stitching, and learning about Amish culture. Family was extremely important to her, as was the farm. She was thrilled each time one of her sons or grandchildren came by to share news from the farm. She enjoyed the holidays, and was happiest when they were spent with family. She always had a close and special relationship with her parents, when they were alive, and with her siblings, and hosted Easter in her yard many times. Linda loved books, was an avid reader, and wrote a series of short stories. She also wrote her memoir titled "Linda's Blessed Life." Among the blessings she listed were the beautiful flowers in their yard and how they gave her great joy. She and Gerard went on some wonderful vacations alone as well as with family and friends. Those trips were truly a blessing, she said. She particularly enjoyed taking her kids, their spouses, and grandkids to the Netherlands to learn more of their heritage. This chapter of Linda's life began with a dream to farm in the Columbia Basin with the man she loved, and to raise their three children on that farm with the same values and work ethics they had been taught. And now this chapter has concluded with her at peace in her beautiful home, surrounded by the yard and farm she helped design piece by piece, plant by plant. It ended with her dream accomplished and a literal legacy left behind to be remembered and enjoyed by her husband, children, and grandchildren. She will be missed greatly by her friends and family, and especially by Gerard. Their love and devotion to each other is truly inspiring. Linda is survived by her husband, Gerard Weyns, Othello; daughter, Dalena Weyns, Richland; sons Ko Weyns (Kriston) and Kees Weyns (Dawn) of Othello; and grandchildren Lindsey and Kylie Rollosson, and Brendon, Gerard, Dalton, Garrett, Autumn, and Ryker Weyns.She is also survived by her brother, Clark Easterday, Perth, Australia; her sister, Courtney Nelson, Othello, her brother, Bill Easterday, Basin City; and her many nieces, nephews, and extended family. She is preceded in death by her parents, Ervin and Elsie Easterday; grandson, Justin Weyns; and brother, Gale Easterday.
To plant a beautiful memorial tree in memory of Linda Weyns, please visit our Tree Store
Thursday
13
October

Share Your Memory of
Linda
Upload Your Memory View All Memories
Be the first to upload a memory!
Share A Memory
Plant a Tree