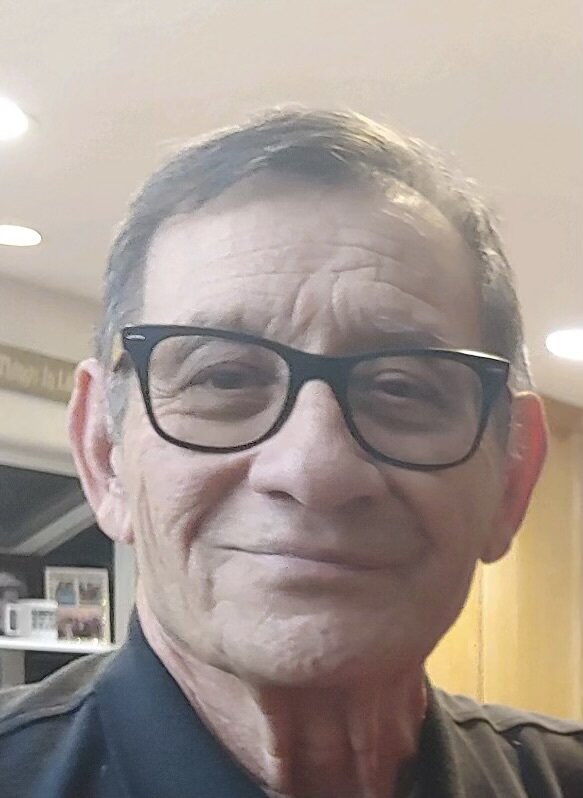 Obituary of Rodolfo A Dabalos

Please share a memory of Rodolfo to include in a keepsake book for family and friends.
View Tribute Book
On Tuesday, December 20, 2022, Rodolfo (Rudy) Dabalos, loving husband, father of three daughters and grandfather of seven passed away suddenly and unexpectantly at the age of 80 in Othello WA. He died from complications of an unknown systemic infection. He was born on May 8, 1942, in Worland WY to Mary and Eligio Dabalos. His family moved to Wapato WA when he was a year old. He graduated from Wapato High School in 1960, enlisted in the US Army, graduated from Big Bend Community College and in 1977, graduated from Palmer College of Chiropractic with his doctorate in Chiropractic. In 1966, a Moses Lake newsclip and picture of a pretty college student, Lottie Flores, caught his eye and he knew he had to ask her out on a date. He called every single Flores in the phone book until he found Lottie and asked her out. Rudy and Lottie married in 1967 and were married 55 years. They resided most of their married life in Moses Lake WA, except for 3 years where they resided in Davenport IA so Rudy could attend Palmer College of Chiropractic. Rudy and Lottie lived the last 10 years in Othello WA where he continued to work at his professional passion until his passing. Rudy continued to do what he loved most until his death, adjust his patients. No words can describe the impact that Dr. Dabalos, Dr D, had on Moses Lake, Othello, and surrounding communities in his nearly 45 years of practice. He owned his own Chiropractic office for 32 years and then semi-retired and worked for his daughter Sheila and son-in-law Rob Simmons at Simmons Family Chiropractic in Othello until his passing. He also served his community as a Knights of Columbus member for 51 years. The Washington State Chiropractic Association awarded him the President’s Award in 2012. The family is sure he is in heaven checking everyone’s TMJ (jaw) and adjusting them as needed. He loved his entire family and especially loved attending large family get togethers of all types. He was a devoted grandfather and attended many games and school events to support his grandchildren. Rudy was known for his playful spirit; he could always be counted on to instigate a water fight or mischief with friends and family. Rudy believed in supporting his community and attended many local high school, church, and community events. He could also pick out the best watermelons and was known by some as “The Watermelon Whisperer.” Rudy was preceded in death by his parents Eligio and Mary Dabalos, brother Alfonso and baby sister Anna. He is survived by his wife, Lottie, his three daughters Lisa (Ronn McMahon), Sheila (Rob Simmons) and Susan (Mike Anderson) and grandchildren Rachel McMahon Long (Kyle Long), Sam McMahon, Alexis Simmons, Collins Simmons, Gavin Simmons, David Anderson, and Nick Anderson. Rudy was also survived by siblings and Sister-in-Law Judy Dabalos, Leo Dabalos, Tom Dabalos (Juanita), Josephine Dabalos Stalder (Ron), Virginia Dabalos and Ruben Dabalos (Aurora). Rudy has a large extended family consisting of many nephews, nieces, and cousins. In lieu of flowers, a donation can be made to Right to Life or any Native American youth charity. Viewing and Rosary 2:00 – 4:00 p.m., Thursday January 5 th , 2023. Stevens Funeral Chapel 511 S 7 th Ave, Othello WA 99344. Funeral Mass 10:30 Rosary. 11 a.m. Mass. Friday January 6 th , 2023. Our Lady of Fatima Catholic Church, 200 N Dale Rd, Moses Lake WA 98837. Christian burial after Mass at Pioneer Memorial Cemetery with reception immediately following at Our Lady of Fatima Church Hall.
To plant a beautiful memorial tree in memory of Rodolfo Dabalos, please visit our Tree Store
Thursday
5
January

Share Your Memory of
Rodolfo
Upload Your Memory View All Memories
Be the first to upload a memory!
Share A Memory
Plant a Tree