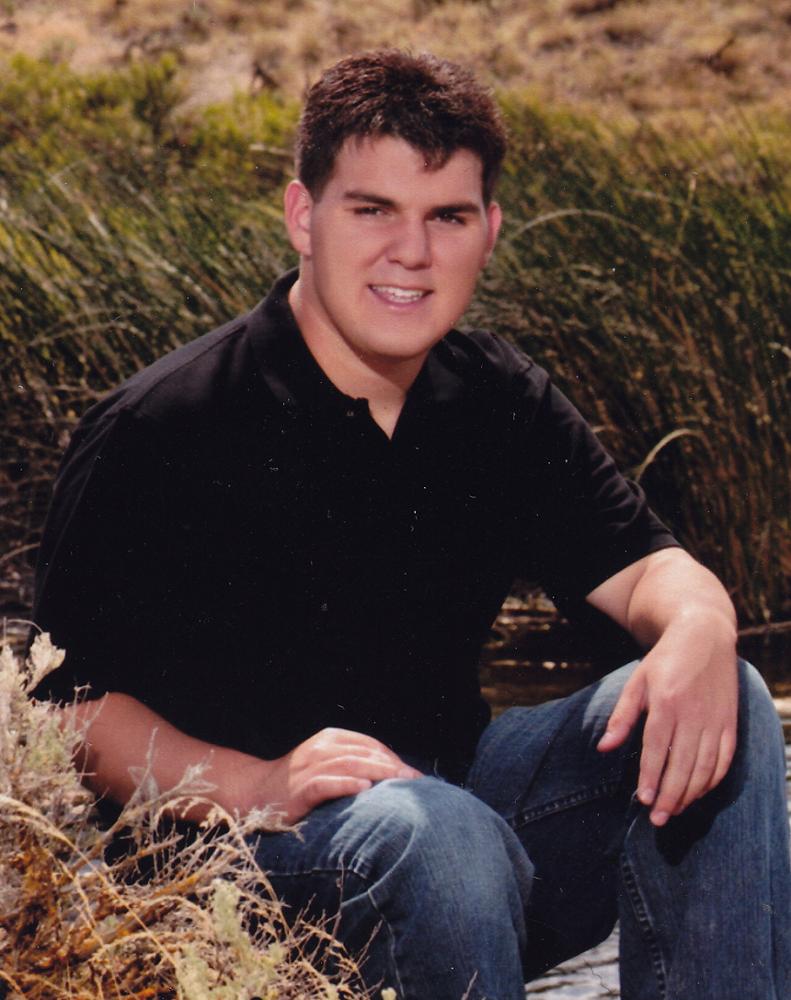 Justin Duran Weyns, born March 6, 1992 at Deaconess Medical Center in Spokane, Wa., passed away Saturday, April 18, 2015 at his home on Royal Slope, near Othello, Wa.,while held in the loving arms of his parents, Ko and Kriston Weyns. Justin attended all of his early school years at Royal City, graduating in 2011 from Royal High School. Following high school, Justin attended Big Bend Community College in Moses Lake for two years, working for Weyns Farms during the summers and after school. In August of 2013 he achieved one of his dreams by attending Shepherds College in Union Grove, Wisconsin where he was following the Culinary Arts Program. His church was very important to him and he always enjoyed being involved in the Presbyterian Youth Program. Justin loved to fundraise (and was very good at it) and enjoyed traveling to new places. ln December 2013, after being diagnosed with cancer and with his college dreams cut short, Justin set a new goal and decided right away that he wanted to be a fundraiser for the American Cancer Society to raise funds for cancer research. Team Justin was created and thanks to Justin's tremendous spirit and all of his many team members, it has been hugely successful. This fact gave Justin great joy. Besides his parents, Justin is survived by his twin brother, Brendon and his brother Gerard, both living at home; by his maternal grandmother, LuWanna Ditty of Othello; his uncle Greg and aunt Kristen Ditty and their children, lsaic, Ethen, Deven, and Averi, Burbank, Wa. He is also survived by his paternal grandparents, Gerard and Linda Weyns, Othello, Wa; by his aunt Dalena Weyns and her daughters, Lindsey and Kylie Rollosson, Richland, Wa; his uncle Kees and aunt Dawn Weyns and children, Dalton, Garrett, Autumn, and Ryker, Othello, Wa: his great grandmother, Lena Weyns deFeyter, Emmelloord, the Netherlands and by many second cousins and great aunts and uncles in his extended family. Justin was preceded in death by his maternal grandfather, Dwight Ditty and his great grandparents, Bob and Carol Ditty and by his paternal great grandparents, Jacobus Weyns and Ervin and Elsie Easterday. This amazing young man taught us all many lessons in his 23 short years. He will be greatly missed and forever remembered. The services will be held at the First Presbyterian Church, Othello,Wa at 11:00 am, Friday, April 24, 2015. Arrangements are being handled by Stevens Funeral Chapel in Othello. For those wishing to send memorials, the family suggests The American Cancer Society, Team Justin: or Relay For Life.org, Participant Justin Weyns. <iframe id="tukios_player_512x330" allowfullscreen="true" allowtransparency="true" frameborder="0" height="330" scrolling="no" src="https://www.tributeslides.com/videos/embedded_video/BG9RHFDJS2ST32QB" width="512"></iframe>
To plant a beautiful memorial tree in memory of Justin Weyns, please visit our Tree Store

Share Your Memory of
Justin
Upload Your Memory View All Memories
Be the first to upload a memory!
Share A Memory
Plant a Tree